CHARLOTTE AMALIE — Chef David “Benji” Benjamin is quietly creating a Caribbean blue wave on St. Thomas, first with his Blue 11 restaurant, and now, with his new Indigo 4 restaurant, both in Yacht Haven Grande, as first reported in the V.I. Daily News.

Originally from a fishing village on Dominica, Benjamin remembers going with his grandparents and watching the fishermen come in every afternoon with seafood and lobster, which is how he got interested in cooking. He moved to St. Thomas at the age of 9.

In the 10th grade at Charlotte Amalie High School, Benjamin got a job washing dishes and quickly saw that some of the cooks had it a lot easier that he did.

“I saw kids not much older than me that were cooking. That was easy. I got all the hard work,” he said. “I told the chef I could do what they’re doing and he gave me a chance. Somehow, I was a natural at it and I’ve been cooking ever since.”

Many on St. Thomas are familiar with “Chef Benji.” Despite not attending culinary school, he worked his way up to cook at some prominent local restaurants. He cooked for 10 years at The Ritz-Carlton and spent time as executive chef at Banana Tree Grille before it was destroyed by hurricanes Irma and Maria in 2017. Unemployed after the storms, he decided to open up a restaurant of his own and try something different. He opened Blue 11 in Yacht Haven Grande in March of 2019.

“I wanted people to come in and try a lot of different Caribbean flavors,” he said. “With a regular three-course meal, you can’t do that. There’s only so much you can do with three courses. When I opened Blue 11, I got up to 11 small courses. We do seven, nine and 11 courses. I can’t do that with a regular restaurant. Tourists will come at certain times of the year and we might not see them again, so I wanted to pack a lot of different flavors into one seating, so that’s where the concept really comes from.”

Benjamin opened Blue 11 quietly to allow himself time to train the staff and work out the kinks. Primarily through word of mouth, Blue 11 was seeing a steady flow of customers, but on their first anniversary, COVID-19 restrictions closed them down. Because of the nature of the small course concept, Benjamin decided not to do take-out and kept the restaurant closed until they were allowed to seat diners again.

Navy Beach was slated to open a restaurant in the former Grande Cru location in Yacht Haven Grande, but that never came to fruition. Benjamin asked the Yacht Haven Grande manager if it was available and since it’s on the same property as Blue 11, offers an incredible view from the patio and already had a kitchen, he decided to open his second restaurant, Indigo 4.

“At Blue 11, I have a lot of people come in to taste my food, but if you have large groups of 14 or 15, Blue 11 is not equipped for that,” Benjamin said. “It wasn’t meant to handle large groups like that, so people can taste my food over here at Indigo 4 and it’s got a beautiful view.”

Once again, Benjamin opted for a very quiet soft opening on October 23. At the moment, there is no phone, and no sign on the building, relying on friends telling friends about the new restaurant.

“I don’t want to get too busy too fast,” he said. “I opened quietly. I like to get training out of the way with no hiccups and then build momentum.”

At Indigo 4, the menu offers dishes with a Caribbean flair, offering steak with coconut ginger mushrooms or warm green banana and horseradish salad. Diners can also build their own meals, pairing a protein with sauces and sides of their choice.

An entirely separate staff is being trained at Indigo 4 and Benjamin is keen on helping young Virgin Islanders learn the industry.

“I want to show them there could be a life in this,” he said. “I try to give a lot of them jobs, give them a career. Those with the talent, I try to help, if they are willing to learn. Show up on time with a good attitude and I’ll help you with the rest.” 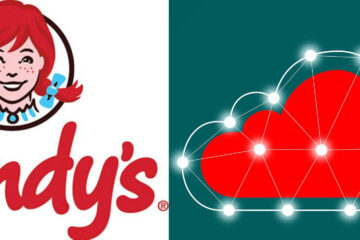 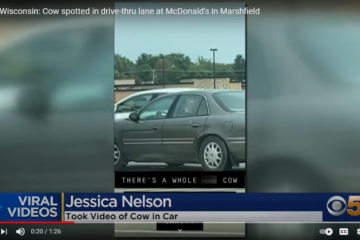 Spotted: Cow At A McDonald’s Drive-Through In Wisconsin 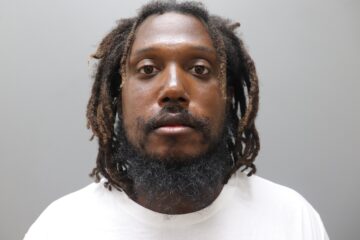 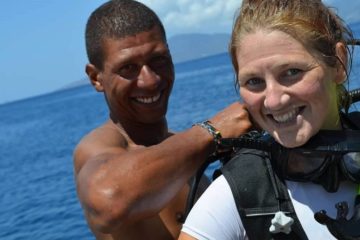