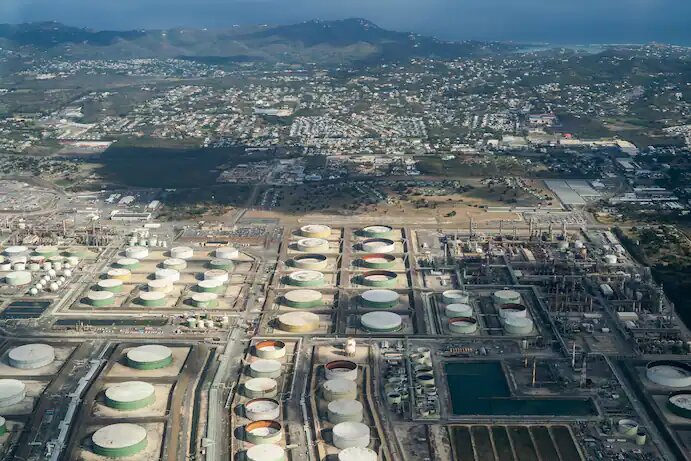 CHRISTIANSTED — The closure of the Limetree Bay refinery will cost the U.S. Virgin Islands nearly $2 billion in lost economic activity, $632 million in the USVI Gross Domestic Product, and 800 jobs, according to a report issued Tuesday by the Virgin Islands Bureau of Economic Research.

The closure also would result in a $25 million loss in annual tax revenue to the Government of the U.S. Virgin Islands, the report said.

“The LBR [Limetree Bay Refinery] creates economic impact well beyond the refinery, as it supports additional jobs through local revenue and supply-chain activity associated with its operations,” the report says. “As those employed directly by LBR and in the supply chain spend their wages, jobs are supported in the broader economy in industries such as construction, retail and business service establishments. The ripple effects of the closure likely will result in additional employment, income and tax revenue losses in those sectors,” the report states.

Reacting to the impact study, Governor Albert Bryan called the closing of the refinery an economic setback for the territory. However, the governor said the steady increase of tourism and the many capital improvement and recovery projects ongoing across the USVI should more than offset the effects of the closure.

“LBR closure will impact many industries, including transportation, maintenance and repair, construction, engineering services, retail and wholesale trade, manufacturing, real estate and business services,” the report states. “The more significant of these impacts will be on St. Croix, where most workers and some suppliers reside. However, these are transitory impacts, wherein in the long run, the interaction of economic productivity of the workforce, capital investments and policy will determine the overall health of the U.S. Virgin islands’ economy.”

“Initial news of the refinery’s closure elicited strong reactions from the community, but our team used only data and statistics to drive the production of this report, keeping in line with the Bryan-Roach Administration’s commitment to transparency,” DeGazon said. “While we acknowledge the short-term impact of the refinery’s halt, we remain cautiously optimistic that our economy will rebound as it did following the closure of HOVENSA.”

Meanwhile, public opinion on social media was largely in favor of the idled Limetree Bay refinery.

“Well the community asked for it. All the complaining on mr. p complain radio show now ah yo cause the economy 1.8 billion vi people are so brilliant now want know y everything expensive smh,” Khary Williams said on Facebook.