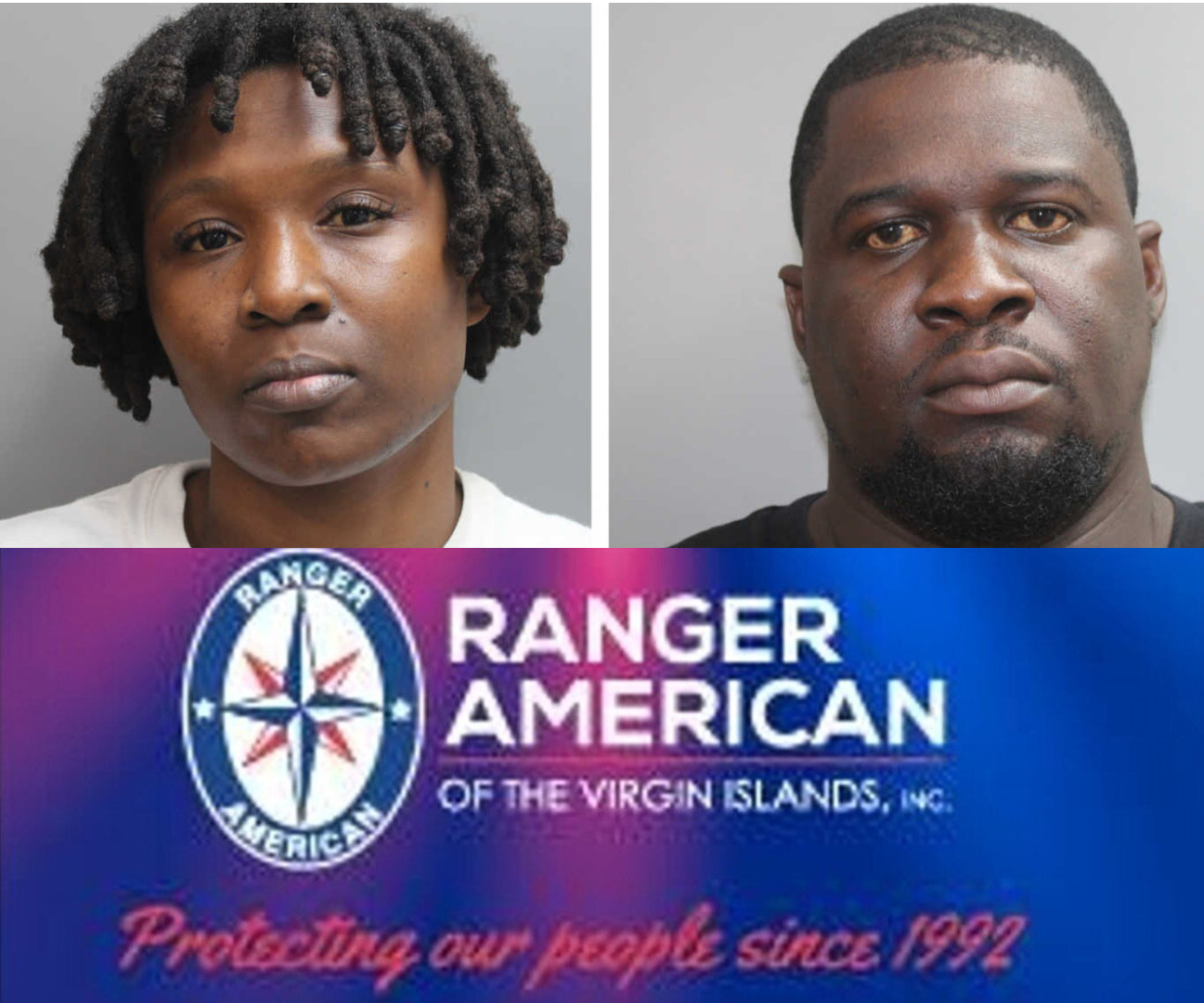 According to the probable cause fact sheet, On October 24th police were dispatched to Concordia Manor, Frederiksted in reference to a disturbance in progress. Upon arrival they made contact with Shakerah Boyce, who said that she had a dispute with her intimate partner Michael Ford. She said Ford arrived at her dwelling with the mother of his child and asked for his clothing and belongings. Boyce said she advised Ford to retrieve his items with a police escort. However, she said when Ford knocked on her door, she looked through her window and did not see a police escort. She added that Ford then looked through her window and cursed at her, at which point she picked up his dirty clothes from the couch and threw them outside. According to Boyce, she then locked the front door and went to her bedroom. However, she said that shortly after, Ford kicked in her front door, entered her residence and began throwing things. Boyce said Ford then opened the bedroom and bathroom doors, causing them to hit the wall and leave holes. She added that Ford also threw a lamp at the wall, resulting in yet another hole. She then called police for assistance.

According to the probable cause fact sheet, the responding officers observed that the front door was broken in several pieces and that the lock was bent. They also observed multiple holes in the walls in the bedroom and bathroom and damages to a window screen.

Ford agreed to provide a statement and told police that when he arrived to collect his belongings, Boyce did not respond to his knocks. He said he then went to the rear of the dwelling to check whether he could see if she was inside and pushed open the bedroom window screen but could not see her. According to Ford, he then returned to the front of the house and pushed his hand through the window, at which point he observed Boyce run to her bedroom. He said he then told her to “keep playing games, I am calling police to get my stuff.” Ford further told police that Boyce then threw his clothes and his children’s toys outside of the house and closed the door. Forde then admitted to rushing to the door and pushing it open, breaking the door frame. He also admitted to throwing a lamp because he was angry.

Ford also detailed an incident which took place the night before, in which he alleges that Boyce attacked him. According to Ford, he and Boyce returned home from a beach party and he went to sleep because he had to work later that night. However he said Boyce later woke him up and attempted to initiate sex, but he did not reciprocate because he was tired. He said Boyce then became irate and began to curse him, before suddenly punching him, scratching him and biting his arm. Ford claims that he angrily threw a lamp at the wall before getting ready for work. However, he said that when he left the house Boyce followed him and continued to curse. Ford said that although he ignored her, she later returned in her vehicle and allegedly almost hit him as she followed him blowing her horn and revving her engine.

Ford said Boyce later sped away and he called his children’s mother to drop him to work. However, he said that Boyce showed up at his job and began to curse him and refer to his daughters in derogatory terms. He said he then told Boyce that they were done and that he would pick up his clothes in the morning, at which point she allegedly threw a water bottle at him and threw his phone and charger to the ground. According to Ford, Boyce sent him several messages the next day apologizing for her actions, but later called him making several threats. Ford said Boyce told him she would go to his mother’s house, burn his car and let his mother die from smoke inhalation.

The officers who responded to the dispute which occurred the following day observed scratches to Ford’s arms and a bite mark. Boyce later admitted to biting Ford during a dispute the previous night. Both individuals were placed under arrest. Michael Ford was charged with destruction of property and unlawful entry, while Shakerah Boyce was charged with simple assault and battery and disturbance of the peace by fighting.

Separate advisement hearings were held on Monday and bail was set at $1,000 in each instance. However, Boyce’s bail is in the form of a fully unsecured bond, while Ford was granted bail in the amount of a secured bond valued at $101 and an unsecured bond of $899. He is prohibited from entering Boyce’s residence and the two are barred from having any unlawful contact with each other. While Judge Ernest Morris Jr. initially ordered Ford to maintain a 1,000 feet distance from Boyce, this condition had to be revoked as it was later revealed that the two work at the same establishment.

Ford was also charged with depositing nearly $3,000 in forged checks in May of this year. According to police records, the Ranger American supervisor was charged with an armed robbery that took place in Castle Burke in April of 2012.