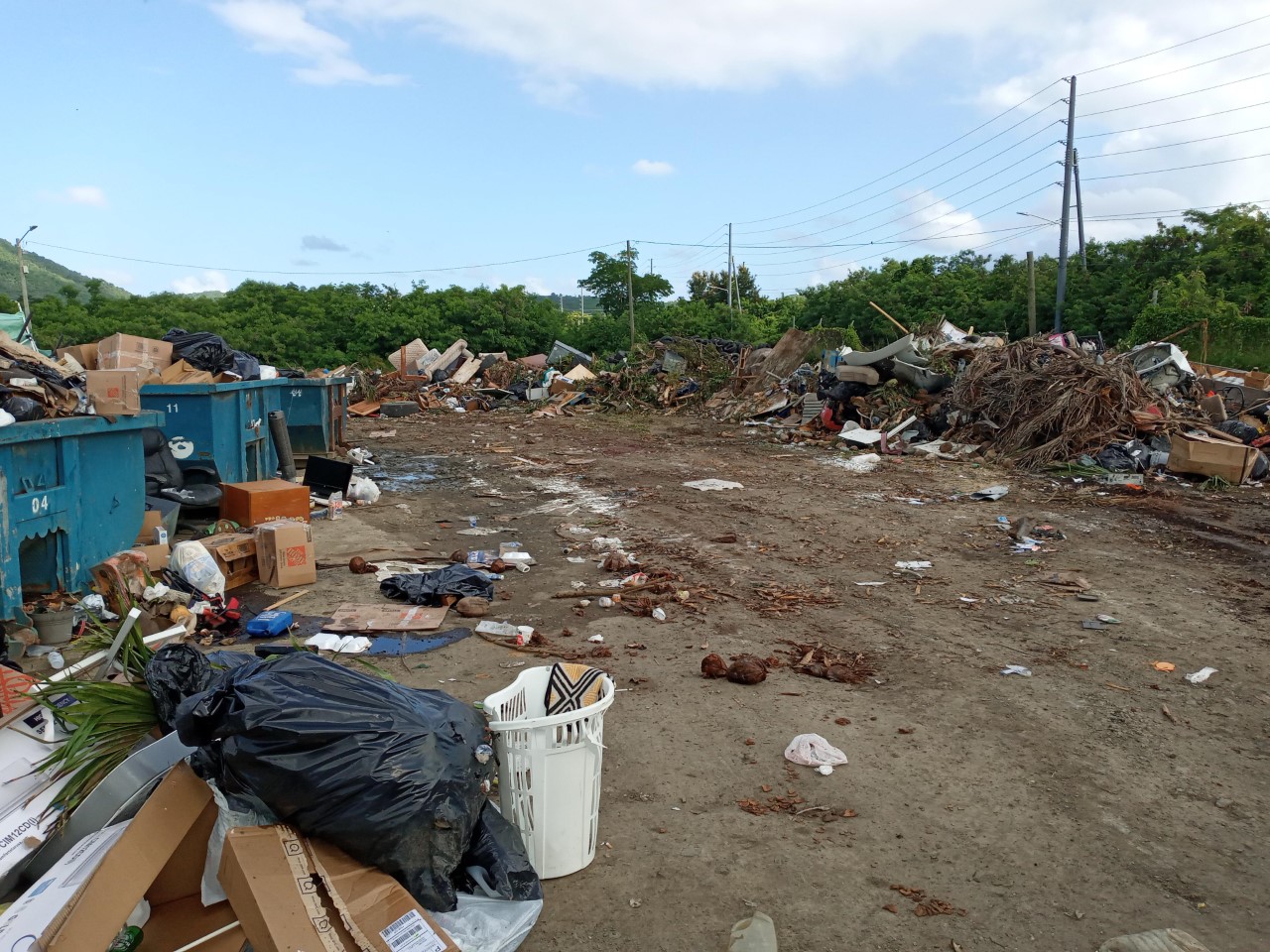 On July 30, 2019 the Interim Director of Waste Management, Adrian Wade Taylor, in plain words advised the Senate Committee on Finance that the territory was at risk of a public health crisis: “The outcry from [WMA] is we don’t have the funding to take care of the situations,” Wade Taylor said. “We need help.”

Both plans are mandated by law: federally under the Resource and Conservation Recovery Act of October 21 1976; territorially under Title 29 of the Virgin Islands Code, empowering the Authority to “charge and collect reasonable rates, surcharges, fees” and responsibility for “developing and implementing a master pubic education plan” to inform the citizens of the territory.

Our territory is “the only place in the world that doesn’t charge a fee for collection” Director Merritt’s acknowledged during that August hearing. In his first tenure as Director, he admitted that “For however long the landfill has been here, there have been no fees,” responding at a July 13, 2017 town hall addressing complaints from waste haulers en mass, regarding tipping fees which haulers would be required to impose on their commercial vendors. Haulers who, big and small, saw their livelihoods threatened, becoming collection agents for the Authority, singled out, while the Authority continued giving residents a free pass. The petition failed.

Tipping fees on commercial vendors will soon face the same objections, from the same haulers. Director Merritt is expected to head again into town halls, four year later, and still without even a draft of the mandated waste management plan encompassing the basic essentials: source separation, collection procedures, resource recovery and final disposal, including proposed rates and fees to be imposed on all users of the landfill, businesses and residents alike.

Should we expect a different outcome at these town halls? Should haulers be forced to collect tipping fees which represent only one part of a “yet to be defined” waste disposal system? Are viable systems ever built without a plan? Can tipping fees be reasonably and fairly evaluated in isolation, in a vacuum, without knowing their function, integration and contribution to the big picture? A picture which the Authority refuses to draw, and publicize, as required by law.

Before we lose our way once more, we must address that big picture. Why does the health and safety of Virgin Islanders continue to be put at risk after the crisis warning announced two years ago by the Authority? To whom do we turn for help when the agency legally empowered to protect us and our islands, and which possesses broad legal authority to generate revenue ensuring that protection, refuses to follow the law?

When asked by Senator Kurt Vialet, Chairman of the Finance Committee, at the August hearing whether there is “a proposal for Waste Management to charge a small fee for household garbage collection” Director Merritt responded: “I would say at some point there will be a proposal.”

As responsible citizens we must ask ourselves whether Director Merritt’s response is acceptable, a responsible answer to the unabated crisis announced by his predecessor two years earlier.

The Virgin Islands Conservation Society has concluded that it is not. That it is entirely unacceptable, irresponsible and dismissive of the real and present dangers to our health and our environment. The “point “we are at is one of urgency. A point when it is incumbent upon the Authority to immediately establish rates and fees for waste disposal for everyone who uses our landfill and facilities; rates and fees formulated in compliance with federal and territorial laws mandating a comprehensive plan. Laws which have been ignored and dismissed year after year after year.

Since its founding in1968 the Virgin Island Conservation Society (VICS) has been dedicated to its mission of promoting conservation, protecting the environment and cooperating with public and private organizations to adopt policies and programs resulting in a quality environment. In keeping with that mission criticism of government agencies is measured and restrained, when voiced at all. That said, there comes a time for frank and open examination of governmental agencies which have an extended record of failure to act responsibly, perpetuating unconscionable delays threatening our environment and our personal health.

To ignore those failures and delays violates VICS’s additional mission of informing the public on threats to a quality environment and promoting community resilience. In keeping with our mission and our founding principles the unanimous Board of the Virgin Islands Conservation Society publicly calls upon the Authority to immediately undertake a public announcement for promulgation of both a master public education plan and a comprehensive waste management plan as mandated by federal law and the Virgin Islands Code. Only with published plans, open for public and legislative scrutiny and approval, will Virgin Islanders be able to evaluate whether sufficient measures will be undertaken to protect our health and our environment and whether the financial means are sufficient, and fair based on rates and fees to be borne by all.