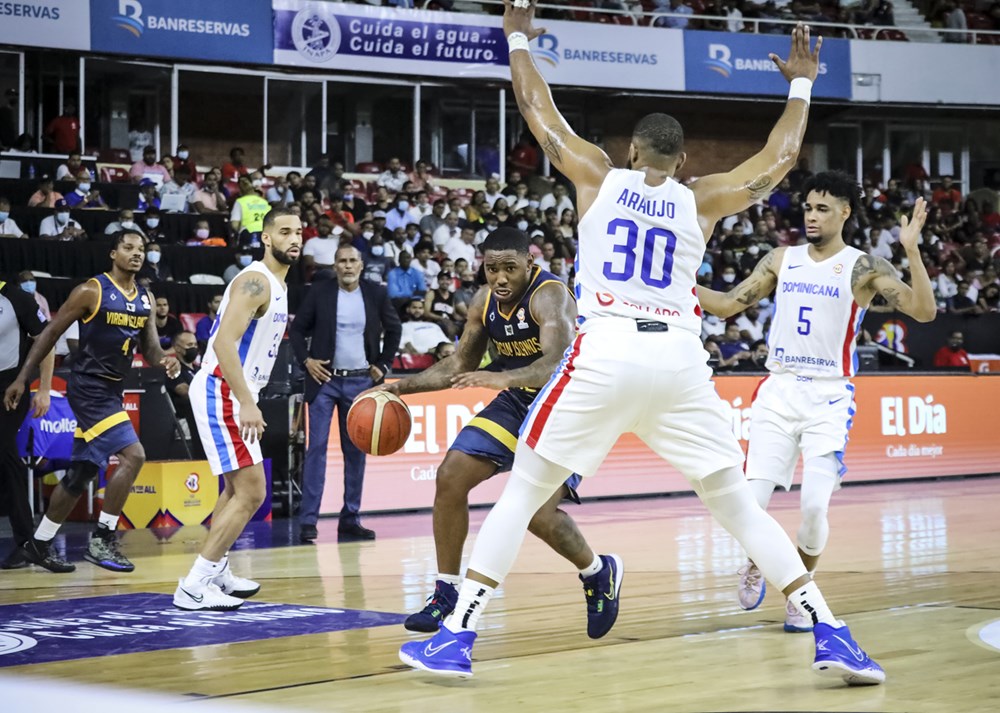 SANTO DOMINGO — Playing on home soil, Dominican Republic knew that they had a big responsibility to perform in front of a home crowd, and they delivered with their performance against Virgin Islands as they took on their first game of Group C.

The Dominican Republic had no mercy for the Virgin Islands senior men’s national basketball team which is off to a rough start, after being spanked in its first round of games in the FIBA World Cup Americas Qualifiers over the weekend.

Playing at the Palacio de los Deportes in Santo Domingo, the USVI National Team lost its opener Sunday to the Dominican Republic 87-65, then were hammered in Monday’s finale 100-56.

Three different players carried Dominican Republic offensively, with Victor Liz leading the team with 15 points, Juan Guerrero adding 13 and Adonys Henriquez adding another 12. Jeromy Rodriguez handled the boards on both sides of the ball with 12 rebounds. Winning battles on the boards is what helped Dominican Republic pull away, especially defensively, allowing their team to get back and score in transition.

For Virgin Islands, their tried-and-true leader Ivan Aska helped the team in scoring with 13 points, but it was Rakeem Christmas of St. Croix who made the biggest impact on the floor with 13 points and 10 rebounds in the loss.

Though Virgin Islands kept their fouls to a minimum and played tight on defense, their lack of ball movement and allowing Dominican Republic to clog their passing lanes created too large of a gap to close.