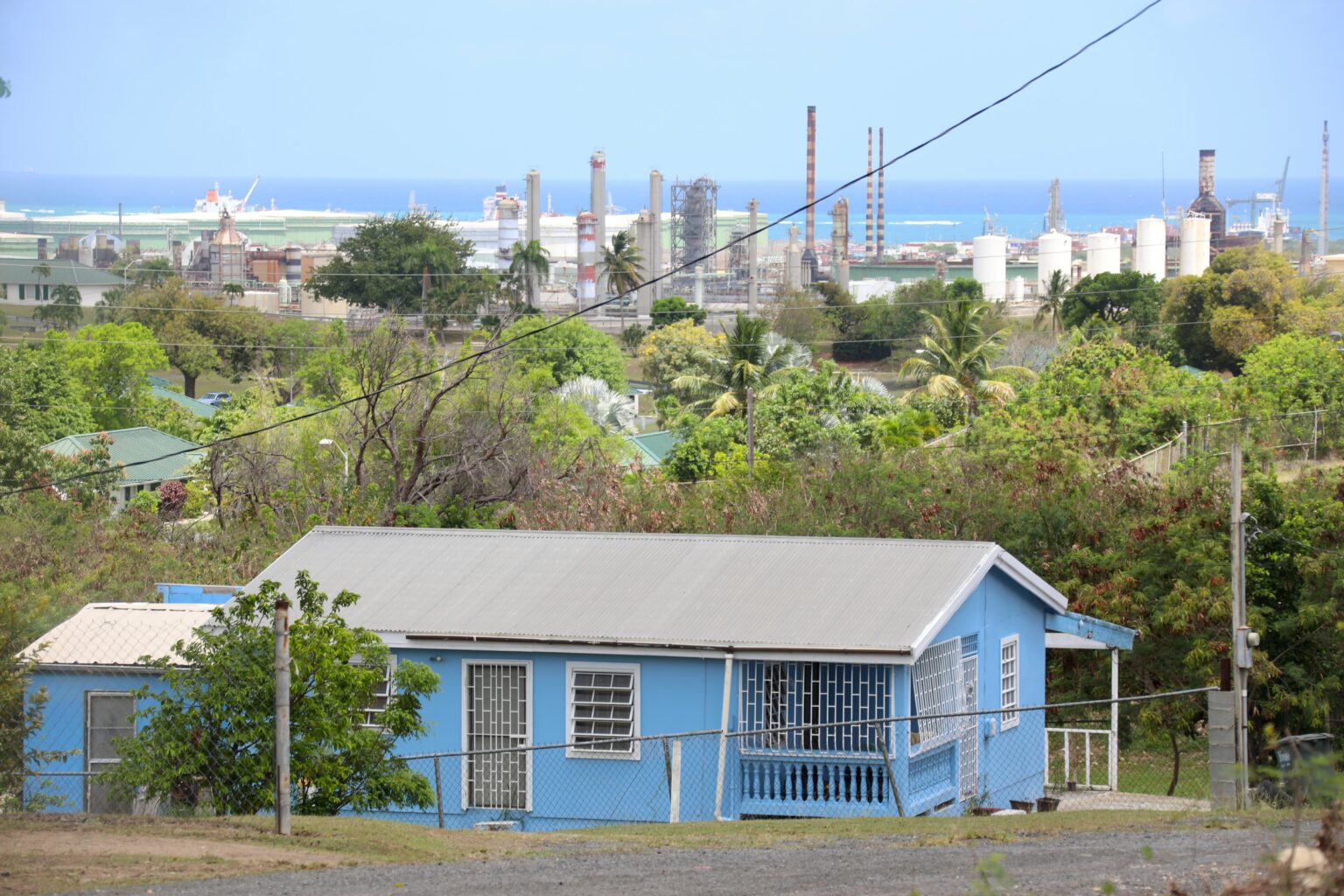 Twice bankrupt, the oil refinery has a troubled environmental past and a shaky financial outlook, analysts say. Still, two bidders want to restart it.

CHRISTIANSTED — An accident-prone oil refinery in the U.S. Virgin Islands with a history of serious environmental violations could soon reopen under new ownership, despite strong objections from nearby communities, a litany of environmental scandals and a shaky financial outlook.

After shutting down in 2012 and declaring bankruptcy in 2015, St. Croix’s Limetree Bay refinery restarted operations under new ownership in February. But within days, the refinery began experiencing what became a series of high-profile accidents that enraged nearby residents, raining oil down on homes, contaminating drinking water and releasing hazardous fumes so pungent that officials shut down schools and offices for days.

Environmentalists saw the restart as a testament to former President Trump’s pro-fossil fuel agenda for “American energy dominance” and his administration’s penchant for granting favorable terms to well-connected corporate interests. Trump officials expressed a willingness in emails to the refinery’s new owners to facilitate its reopening, and legal scholars said the administration ignored decades of precedent in issuing new permits.

The Environmental Protection Agency dispatched investigators in early May to the island,  where they declared Limetree was in violation of the Clean Air Act and ordered the facility to halt operations, citing an “imminent” health threat to residents. Then this summer, Limetree’s owners—a consortium of privately-funded companies that include Limetree Bay Refining and Limetree Bay Services—announced the facility would cease operations for good. They promptly declared bankruptcy, announced layoffs for more than a quarter of the refinery’s employees and began the process to auction off the property.

In October, several bids emerged from companies seeking to dismantle the dysfunctional facility and sell it off for scrap. For many residents who live the closest to the property, which stretches for more than two square miles across the southern shore of the small Caribbean island, the moment presented a chance to get rid of a poorly run—and what some consider unnecessary—refinery that disproportionately harmed mostly Black and Brown communities.

The 56-year-old facility, previously owned by a joint venture between Hess Corporation and Venezuela’s state-run oil company, was well known by locals for its checkered past. The EPA discovered as far back as 1982 that the facility was leaking tens of millions of gallons of oil into St. Croix’s groundwater. And in 2011, the agency slapped the refinery with a fine for violating the Clean Air Act and ordered it to spend hundreds of millions of dollars to bring its pollution control equipment up to modern standards, compounding the factors that ultimately led to its bankruptcy in 2015.

Now, as Limetree Bay Services prepares to sell off the St. Croix plant, along with its storage facilities, for some $30 million—six times less than what its current owners paid in 2016—many St. Croix residents are watching with increasing skepticism.

The already protracted auction process, in which most of the talks have taken place remotely on conference calls or 2,000 miles away in a Houston courtroom, has left many residents with an all-too-familiar feeling that people outside of St. Croix are controlling its fate, said Jennifer Valiulis, executive director for the St. Croix Environmental Association.

“It’s hard to really get a good grip of what’s going on because so much of this feels like it’s happening so far away from us,” Valiulis said. “It just doesn’t seem like anybody from St. Croix is involved in that at all.”

Case in point: For more than a month, St. Croix residents had been fretting over a mysterious and newly established private company called St. Croix Energy, which emerged as the lead bidder, despite having no clear experience with oil refining and questionable capital to back what could likely be a billion-dollar overhaul of the plant. But on Monday, just one day before the sale with St. Croix Energy was set to go through, Judge David Jones of the U.S. Bankruptcy Court in Houston allowed Limetree to reopen the auction to let in a surprise bidder who says he fell ill just before the original deadline.

Now Limetree appears to be on track to sell the property to West Indies Petroleum’s Charles Chambers, who also said he wants to restart the plant. Chambers has deposited $3 million in cash to Limetree, offering to pay another $30 million cash upon closure. St. Croix Energy’s bid only offered $20 million cash. West Indies Petroleum is a maritime refueling firm based in Kingston, Jamaica.

A hearing for the sale has been rescheduled for 10 a.m. Central time, on Dec. 21. Residents can call into the hearing by dialing 832-917-1510 and entering the conference number 205691, according to a public record filed with the regional bankruptcy court.

Ariella Hayes and other St. Croix residents opposing the refinery’s restart said they fear reopening Limetree could be a recipe for environmental disaster—a repeat of the nightmare they experienced this year as the plant spewed oil mist from its stacks and emitted a foul stench that community members said smelled like rotten eggs, stung their eyes and throat and caused some people to briefly lose consciousness.

“I think the best thing for it is to cease,” said Hayes, who has lived in St. Croix for 30 years.

A community survey conducted over the summer by several St. Croix organizations in conjunction with Vermont’s Bennington College included numerous stories from residents about Limetree’s adverse impact on their lives. They included an incident of a child gasping for air in the middle of the night, reports of emergency rooms overrun with people struggling to breathe, and oil “flared” from smokestacks splattering the windshields of motorists passing the refinery. David Bond, a Bennington college professor, has spent years documenting Limetree’s environmental and social impact on St. Croix.

Ryan Flegal, who owns a bed and breakfast in St. Croix, said he’s worried that the Virgin Islands government is prioritizing short-term financial gain over the long-term economic health and safety of the territory and its residents by supporting the refinery’s restart. To Flegal, another accident could hurt the island’s tourism industry, which would mean fewer people coming to stay at his hotel.

Virgin Islands Gov. Albert Bryan has long supported bringing oil refining back to St. Croix, citing the economic benefits the refinery was expected to bring to the U.S. territory. If Limetree remains closed, it would result in annual losses of $632 million in the territory’s gross domestic product, $25 million in lost tax revenue and almost $2 billion in lost economic activity, a recent government report predicted.

But financial analysts familiar with the refinery say keeping it open could also be a risky bet. Limetree’s current owners face at least four class action lawsuits for this year’s accidents and owe tens of millions of dollars in unpaid wages to contractors who helped get the plant up and running in February—a reminder of the kind of consequences future buyers could see if their efforts fail to restart the plant safely.