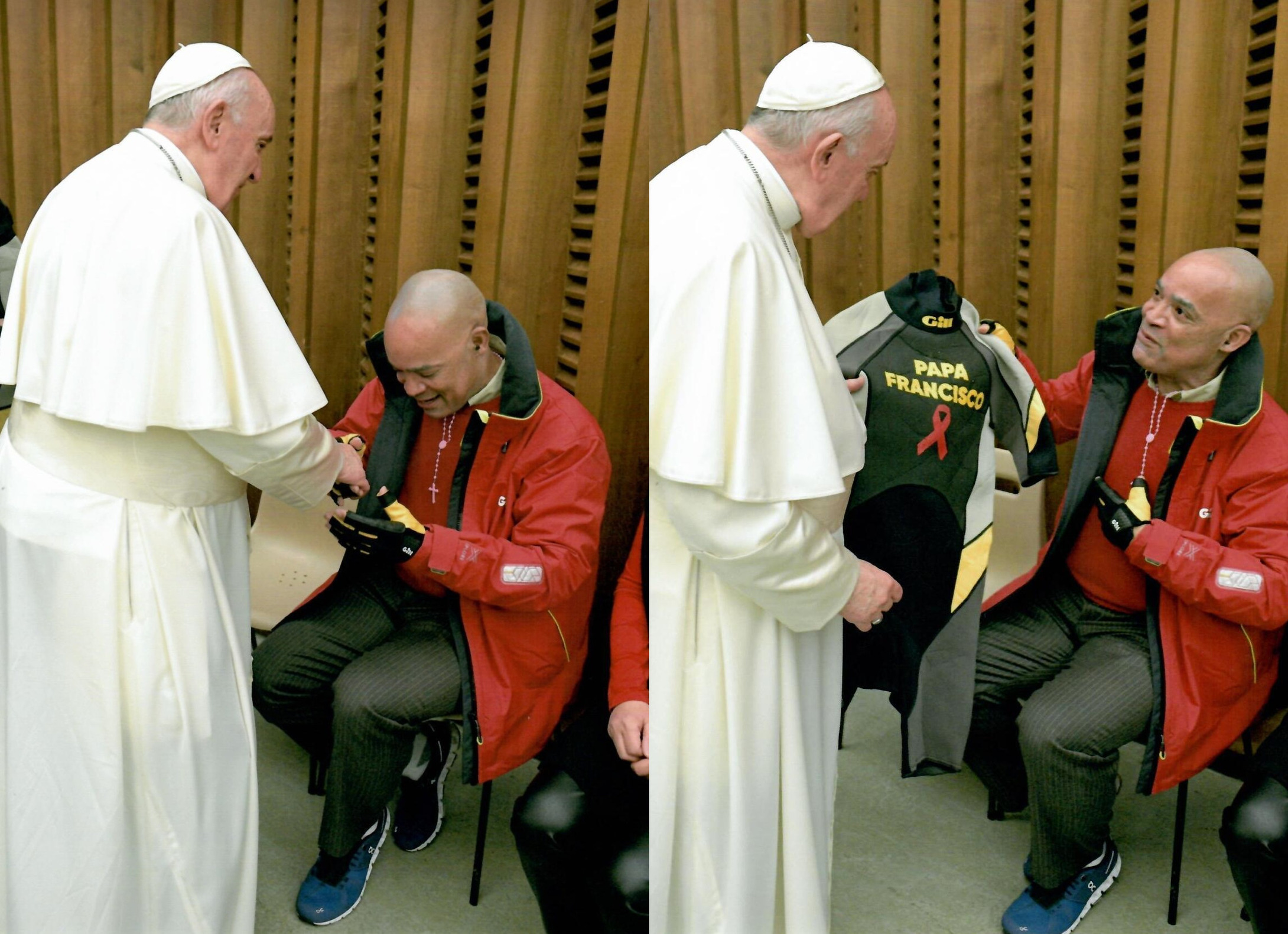 ROAD TOWN, Tortola — Don Victor Mooney of Queens, New York was invited to attend Pope Francis General Audience on World AIDS Day this month. Mooney was joined by his family when he met his excellency.

On a fourth try he completed a transatlantic row from Maspalomas, Gran Canaria, a part of Spain’s Canary Islands to New York’s Brooklyn Bridge, a first for an African American. His mission was to encourage HIV testing.

After crossing the Atlantic Ocean, Mooney rested at Scrub Island Resort, Spa and Marina and Nanny Cay Marina in the British Virgin Islands before continuing to New York.

In Tortola, he spent some quality time with Charles Tobias, one of the sponsors for the Goree Challenge. On Mooney’s last night, V. Inez Archibald, Deputy Governor, hosted a second reception for the rower and donated a laptop computer to aid his ongoing communication systems.

At St. Williams Catholic Church, he met with the parishioners after Sunday Mass. The British Virgin Islands Tourism played an integral role in supporting Mooney’s logistics during his stay.