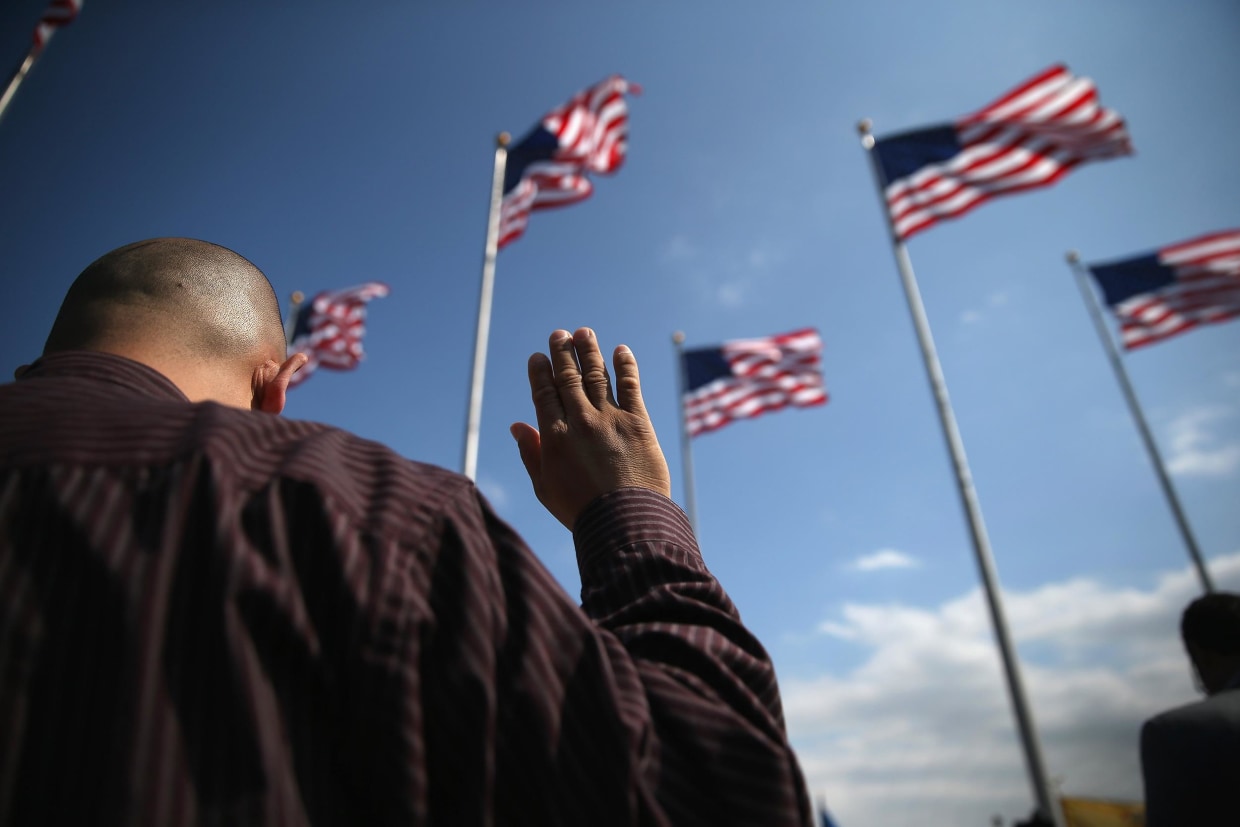 WASHINGTON — Plaintiffs in Fitisemanu v. United States will take their case to the Supreme Court of the United States after the U.S. Court of Appeals for the 10th Circuit denied their petition for review by the full court earlier this week.

Notably, Judges Robert Bacharach and Nancy Moritz dissented to the denial of review in a lengthy and scholarly opinion setting forth the constitutional basis for recognizing a right to citizenship for people born in U.S. territories, and the “exceptional importance” of this case.

The Fitisemanu plaintiffs had initially prevailed in their case, with Judge Clark Waddoups ruling at the district court level that Congress did not have the power to deny citizenship to individuals born in U.S. territories. On appeal, a divided panel of the 10th Circuit reversed 2-1, with each judge writing a separate opinion.

“It’s rare to see a 27-page dissent to the denial of full court review, which helps show how important it is for the Supreme Court to finally answer whether people born in U.S. territories have a constitutional right to citizenship, or if Congress can extend or restrict citizenship at will,” said Neil Weare, president and founder of Equally American, which represents the Fitisemanu plaintiffs and advocates for equality and civil rights for the 3.5 million residents of U.S. territories. “The dissenting judges were quick to point out the ‘exceptional importance’ of this case, and we hope that the Supreme Court will take up and answer this question.”

I was born on U.S. soil, have a U.S. passport, and pay thousands of dollars in taxes a year to the federal government. But based on a discriminatory federal law, I am denied recognition as a U.S. citizen. As a result, I cannot vote in state, federal, or even local elections, and I’m ineligible for many state and federal jobs. This isn’t just wrong, it’s unconstitutional,” said John Fitisemanu, who was born in American Samoa and for the past 20 years has lived in Utah. “If I have to take my case to the Supreme Court to be treated as a full and equal citizen, then that’s what I’m going to do.”

“American Samoa’s traditional leaders who transferred sovereignty over the islands to the United States had very good reason to believe that after this event anyone born in American Samoa were citizens of the United States,” said Charles Ala’ilima, an American Samoan attorney who also represents the Fitisemanu plaintiffs. “As noted by the two dissenting federal judges, the constitutional issues here are of great significance not just to American Samoans but to all the territories because Congress is purporting to deny a constitutional right to citizenship to people born in these areas despite their birth on sovereign U.S. soil.”

In a September filing, the U.S. Department of Justice argued against birthright citizenship for people born in U.S. territories by relying heavily on the controversial Insular Cases, which leading legal scholars like professor Sanford Levinson have called “central documents in the history of American racism.” This comes after the Supreme Court reiterated last year that the Insular Cases “should not be further extended.” And in November, Justice Neil Gorsuch repeatedly pressed the Justice Department at oral argument in U.S. v. Vaello Madero, “Why shouldn’t we just admit the Insular Cases were incorrectly decided?” Members of Congress have also called on DOJ to condemn the Insular Cases, and Congress is currently considering House Resolution 279, which rejects the Insular Cases and the racial views they espoused.

The American Samoan government has joined federal defendants in arguing that the question of citizenship in the territories is up to Congress. Meanwhile, current and former elected officials from Puerto Rico, Guam, the U.S. Virgin Islands, and the Northern Mariana Islands have argued as “friends of the court” in the case that individuals born in the territories have a constitutional right to citizenship.

The Fitisemanu plaintiffs have 90 days from the 10th Circuit’s ruling to file their petition to the U.S. Supreme Court. A decision by the Supreme Court on whether to take the case is expected in 2022.

More information about Fitisemanu v. United States, including court filings and orders, is available at https://www.equalrightsnow.org/fitisemanu.

An FAQ addressing concerns about the case raised by American Samoan elected officials is available at https://www.equalrightsnow.org/citizenship_faq. (PR)