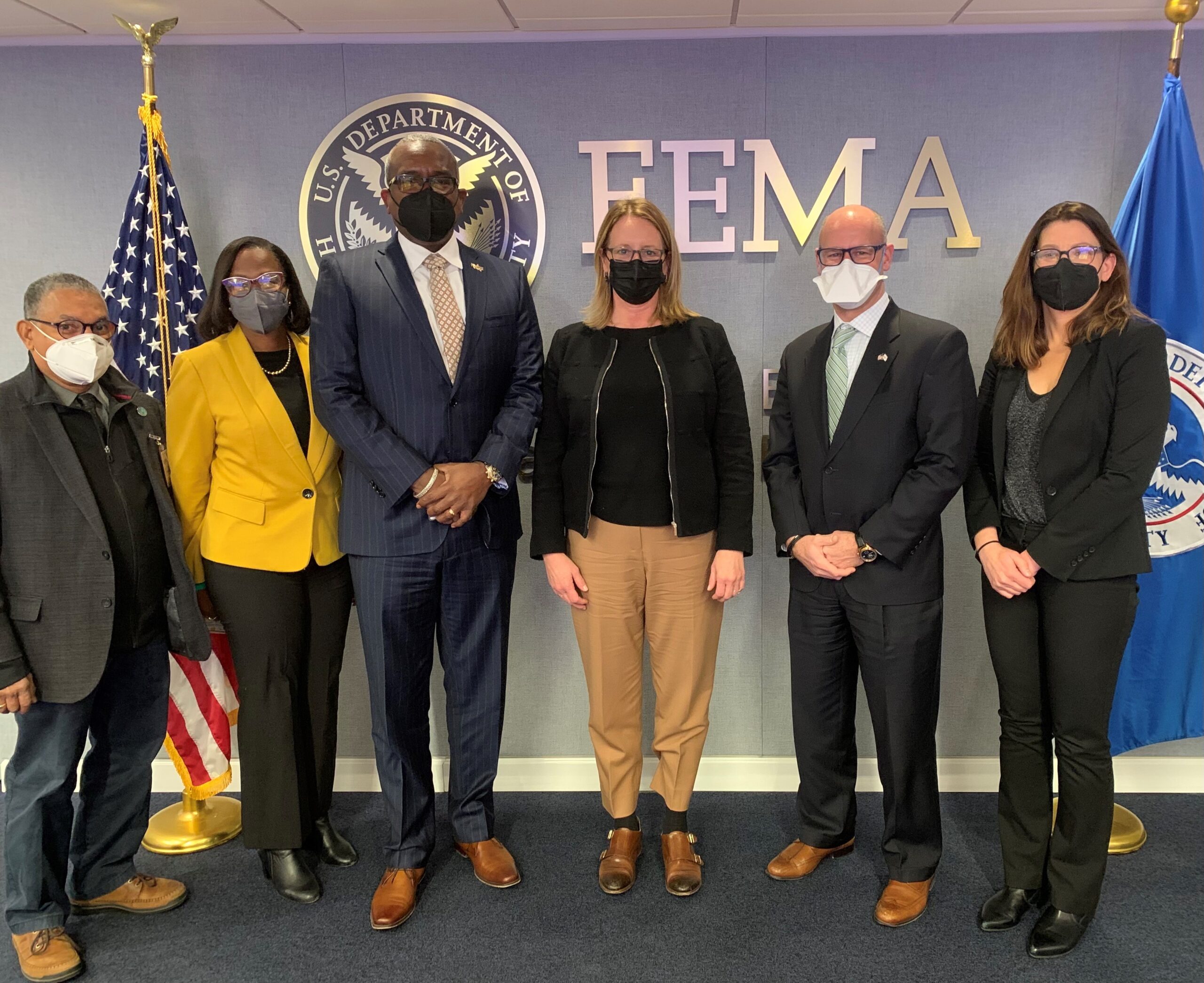 WASHINGTON — Governor Albert Bryan jr, met with FEMA Administrator Deanne Criswell while in
the nation’s Capitol Friday to discuss the progress of ongoing recovery projects in the territory.

Friday’s meeting continues the ongoing discussion between Governor Bryan and Administrator Criswell on the progress of critical recovery projects funded by FEMA and the pace of the agency’s various approval processes.

In May 2021, Governor Bryan met with Administrator Criswell at Government House in St. Croix where they discussed the CLOMAR (Conditional Letter of Map Revision) permit for the Paul E. Joseph Stadium project, concerns regarding the territory’s hospitals, the status of school reconstruction, and upgrading the wastewater and drinking water systems in the territory.

In December, FEMA also approved the replacement of the entire sewer system on the island of St. Croix after itdetermined that the island’s sewersheds are eligible for replacement following the 2017 hurricanes.

Governor Bryan thanked Administrator Criswell for the agency’s continued support but expressed concern with the pace of Fixed Cost Offers affecting the territory’s most critical projects, which include schools and hospitals.

During Friday’s meeting, the governor also reiterated his push for a waiver to the 10% cost share required by the federal government for the funding of those projects, noting that without the waiver, the territory will have to pay hundreds of millions in local funds to receive the funding approved for its recovery projects.

“Without this waiver, the territory will have to utilize more than $500 million in HUD CDBG-DR funds that can be otherwise utilized for much-needed housing and capital improvement projects,” Governor Bryan said.

While FEMA was non committal on the cost share waiver, the Administrator agreed to review an appeal submitted by the governor on December 27, 2021.

The FEMA administrator and her team also committed to review their processes in an effort to move the
territory’s projects forward in a more expeditious manner.