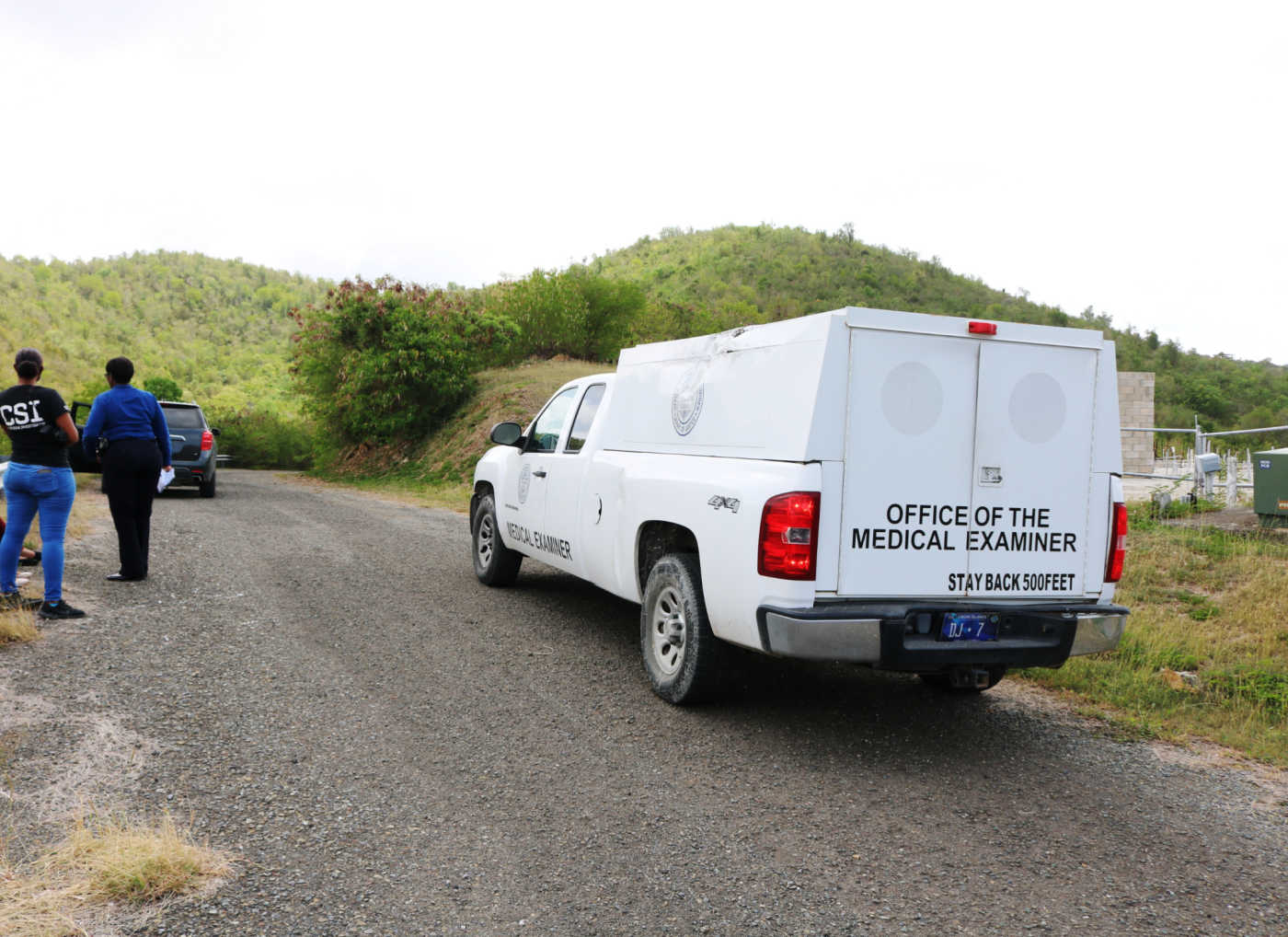 CHRISTIANSTED — Police have identified the human female remains found in May in Estate Bugby Hole on St. Croix.

Mirla Santos’ lifeless body was found on the morning of May 19 “in an advanced state of decomposition,” and police said at the time that they were unable to make a visual identification.

“Based on reports that were made regarding a female who was seen in the area acting erratically, contact was made with the family of that female and DNA samples were collected,” police said in a statement issued Tuesday.

“A DNA paternity testing was conducted using the biological daughter of the deceased. The test revealed that the deceased was 39-year-old Marla Santos,” according to the statement police published on social media.

DNA analysis was conducted by the FBI lab.

Dr. Jacqueline Pender conducted an autopsy and determined that “there were no visible signs of trauma or foul play and that the cause of death was from natural causes,” police said.

While the manner of death was deemed natural, the specific cause of death has not been publicly released.

Santos had long struggled with mental illness, and her situation served as a case study for the lack of treatment and resources in the Virgin Islands.

For more than a decade, Santos was repeatedly arrested, jailed, and released without being prosecuted or treated for her underlying mental health condition.

Her first arrest came in 2008 at age 25 when she was charged with unlawful entry, and her criminal history includes three arrests for assault and battery. She was never found competent to stand trial, and was never convicted of a crime.

Her eighth and most recent arrest occurred in October 2019, when police said she attacked a woman with a glass bottle. She was transferred to The Village treatment facility but left without permission and was missing for several months.

Officials located her and returned her to jail, but despite a psychiatric evaluation recommending that she receive long-term residential care, she was released from custody on June 26, 2020, and officials lost track of her again for several months.

Magistrate Judge Ernest Morris Sr. said he would be forced to dismiss charges against Santos if the Health Department didn’t put her in a treatment facility, and she was transferred to Jarzofrah in Puerto Rico. But the facility failed to provide the court with a treatment plan, so Morris ordered her return to St. Croix.

The court can’t keep someone in jail forever, and without treatment Santos would never be able to stand trial.

“In this court’s discretion, Ms. Santos has again been failed by the People of the Virgin Islands,” Morris said at her last hearing in March 2020. “Ms. Santos has been in custody for more than 13 months, and that excludes the three months where she was released and disappeared.”

Morris ordered all charges dismissed because “this court cannot in good faith allow this matter to continue without Ms. Santos receiving an appropriate placement for treatment.”

Santos was released from jail, and her body was found a little more than two months later.