Governor Bryan signed the bill this week and says the savings from improved interest rates will help stabilize the Government Employees Retirement System for at least 30 years.

Nearly 9,000 government retirees and 8,000 active workers rely on the GERS system, which officials warned could run out of funds by 2024 or sooner without a fix.

The signing marks Bryan’s fourth and final attempt to save the pension system, which has nearly $6 billion in unfunded liabilities.

If the refinancing is successful, it’s expected to generate some $4 billion total for the system.

Given poor credit ratings in recent years, the territory hasn’t been able to access the bond market to raise money for things including infrastructure improvements and the public pension system.

The GERS system has been prone to widespread abuse over the years with retired government employees rejoining government service while actively receiving their retirement benefits, known as “double dipping.”

“When we first introduced this concept to create a special purpose vehicle corporation to refinance our rum bonds 18 months ago, we did it with the people in mind,” Governor Bryan said. “We did it to protect the pension benefits of our almost 9,000 government retirees and with the goal of protecting the pensions of the more than 8,000 other active employees who are relying on the Government Employees Retirement System to be able to achieve a decent quality of life in retirement.”

“Today is about them: The retirees who are the breadwinners in their respective households and who rely on their pension benefits to provide for their families; the retirees confronting inflation and the rising cost of goods, and whose pension benefits are their only source of income,” Governor Bryan said. “We did it to protect the pensions of the active, vested employees so they too can realize the promise of benefit funds when they retire.  And this assurance also enhances our ability to retain and attract new employees to government employment.  Today is about them, and the promises made to them that our Administration is ensuring the Government of the Virgin Islands keeps.”

Although that bill and two subsequent revisions failed to make it to completion, it led to the Senate’s formation of a Senate Subcommittee on the GERS, ultimately resulting in Act No. 8540, which is a collaborative effort between the Governor’s Executive Team, the Senate Subcommittee, the GERS board and the GERS actuary Segal and Company.

In the first official function at Government House on St. Thomas since the building was destroyed by the 2017 hurricanes, Governor Bryan signed the “historic” legislation that allows the government to refinance the Rum Cover-Over Matching Fund bonds and use the savings from better interest rates to stabilize the Government Employees’ Retirement System (GERS) for at least the next 30 years.

Super Bowl 2022: If You’re Only Here for the Halftime Show, You Have Michael Jackson to Thank 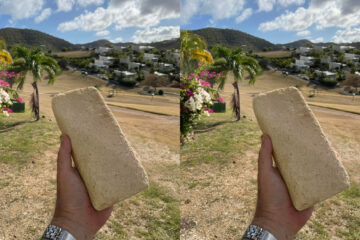 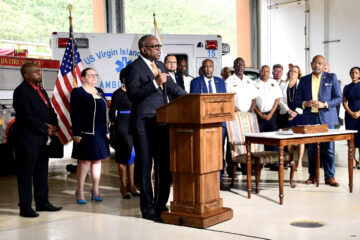 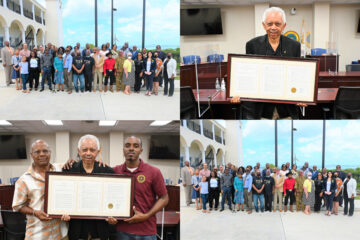