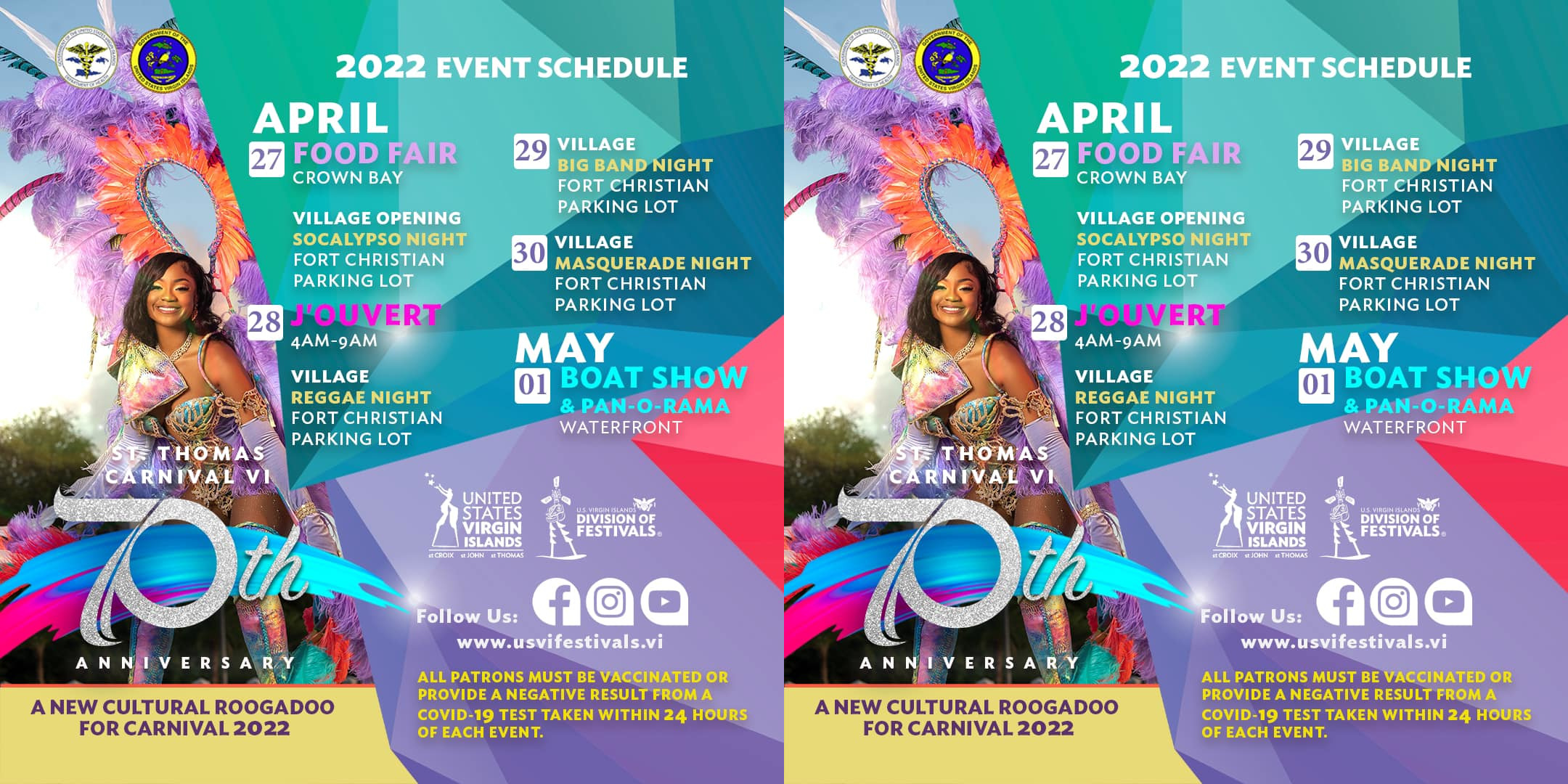 CHARLOTTE AMALIE — Organizers say that the 70th edition of “Carnival Virgin Islands” on St. Thomas will be held from April 27 to May 1, 2022.

This year’s theme is “A New Cultural Roogadoo for Carnival 2022.” The event, which has been scaled down owing to the constraints of COVID-19, will showcase the region’s culture, cuisine, history, music and people.

Ian Turnbull, director of the Division of Festivals, announced that the celebration will follow the “Fête.Vibe.Soca” music event held for vaccinated patrons over President’s Day weekend.

“We are finalizing plans to promote and advance the Territory’s culture through the return of carnival and festivals in 2022,” said Turnbull, who announced that “Carnival Virgin Islands” will include four village nights in honor of the late Ron de Lugo, the first and longest-serving Delegate from the United States Virgin Islands to the United States House of Representatives. Representative de Lugo gained territory-wide fame for his radio persona, the wisecracking comedian “Mango Jones,” as well as for appearances in local plays and benefit concerts. In 1952 he used his radio show to revive the St. Thomas Carnival.

The festival will stage a specially tailored J’ouvert celebration; the re-crowning of the territory’s first carnival queen, Carmen Sibilly; a food fair; boat race; and calypso showcase. The Children’s Village will be operational from April 27-30, and a virtual costume competition for children will be held in conjunction with the Department of Education.

Patrons attending the festivities must either show proof of vaccination or a negative result from a COVID-19 test taken within 24 hours of each event.