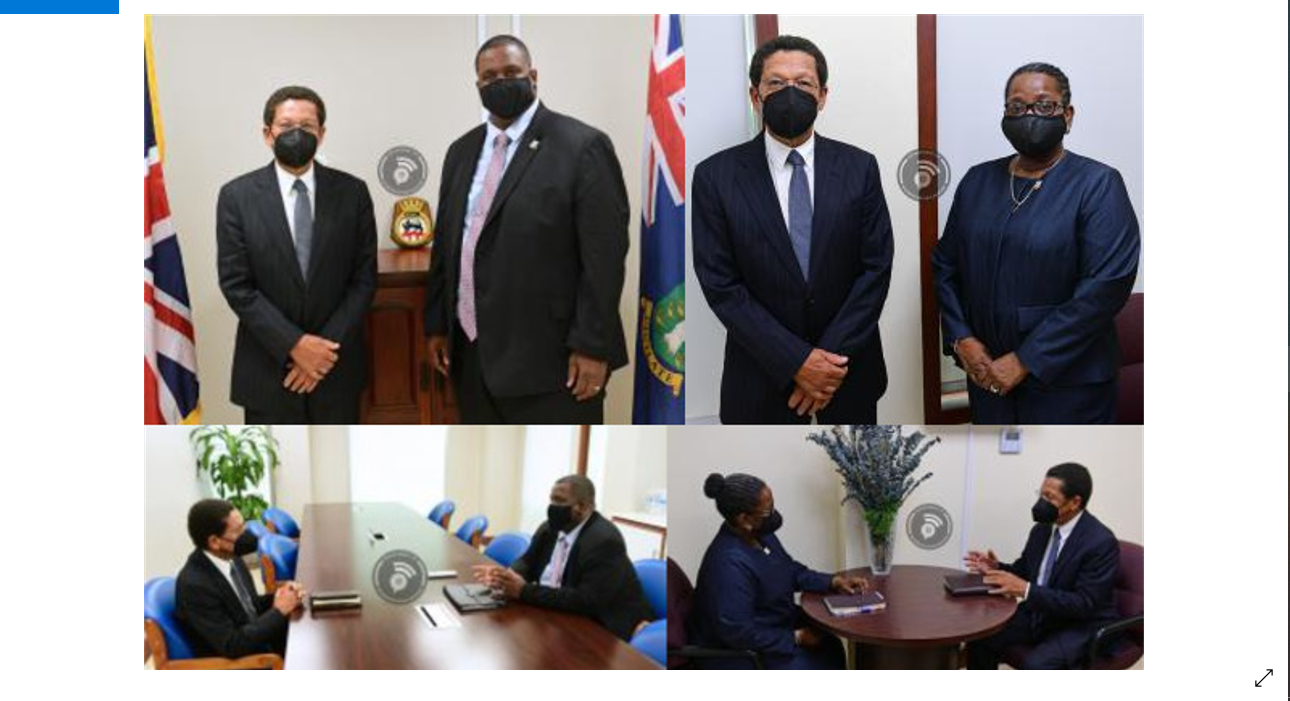 ROAD TOWN, Tortola — International expert on governance Carlyle Corbin will make an official presentation of the independent self-governance assessment of the British Virgin Islands in an interview today.

Permanent Secretary in the Premier’s Office Carolyn O’Neal-Morton, said the independent Self-Governance Assessment of the Virgin Islands was commissioned by the Government to provide the public with a reference document that places into historical context the constitutional advancement of the Virgin Islands, particularly as the Territory prepares for Constitutional Review.

“There are many questions that have been raised by the public about our constitutional development since the announcement was made in 2021 that a Constitutional Review would take place,” O’Neal-Morton said.

The permanent secretary explained that the document will help to place self-governance in the British Virgin Islands in its proper context and clarify many of those questions.

“It is hoped that by having access to the information contained in the self-governance assessment the public will be better able to engage in the Constitutional Review process,” she said.

Corbin will discuss the report today at 12:15 p.m. today in a GIS interview via Government’s Facebook page. This is a simulcast on different radio stations. He will also make appearances today on Umoja on ZBVI at 1:00 p.m. and Honestly Speaking at 5:00 p.m. and at 10:30 a.m. on 30th March on 284 Media.

He will also be making a presentation at the H. Lavity Stoutt Community College at 7:00 p.m. on Thursday 31st March. He has paid courtesy call on the Premier and Minister of Finance Andrew Fahie and O’Neal-Morton. He will also pay a courtesy call on members of the House of Assembly.

Carlyle Corbin is an international advisor on governance and the designer of the Self-Governance Indicators (SGI) diagnostic tool which assesses self-governance sufficiency and preparedness of island non-independent countries.

He has conducted Self-Governance Assessments (SGA) covering Caribbean and Pacific countries, most recently in Curacao, French Polynesia, Norfolk Island, Guam, and now The Virgin Islands. He is the former Minister of State for External Affairs of the US Virgin Islands Government, as well as a member of its former Political Status Commission and Advisor to its Fifth Constitutional Convention.

He has served as a visiting lecturer in Global Affairs in the University of the Virgin Islands Institute for Future Global Leaders, and Visiting Lecturer in Dependency Governance Studies at the University of Guam where he introduced the Dependency Governance academic curriculum. He lectures globally, and writes extensively on dependency governance studies, and is the author of three books and numerous scholarly articles in the fields of para-diplomacy and external affairs.