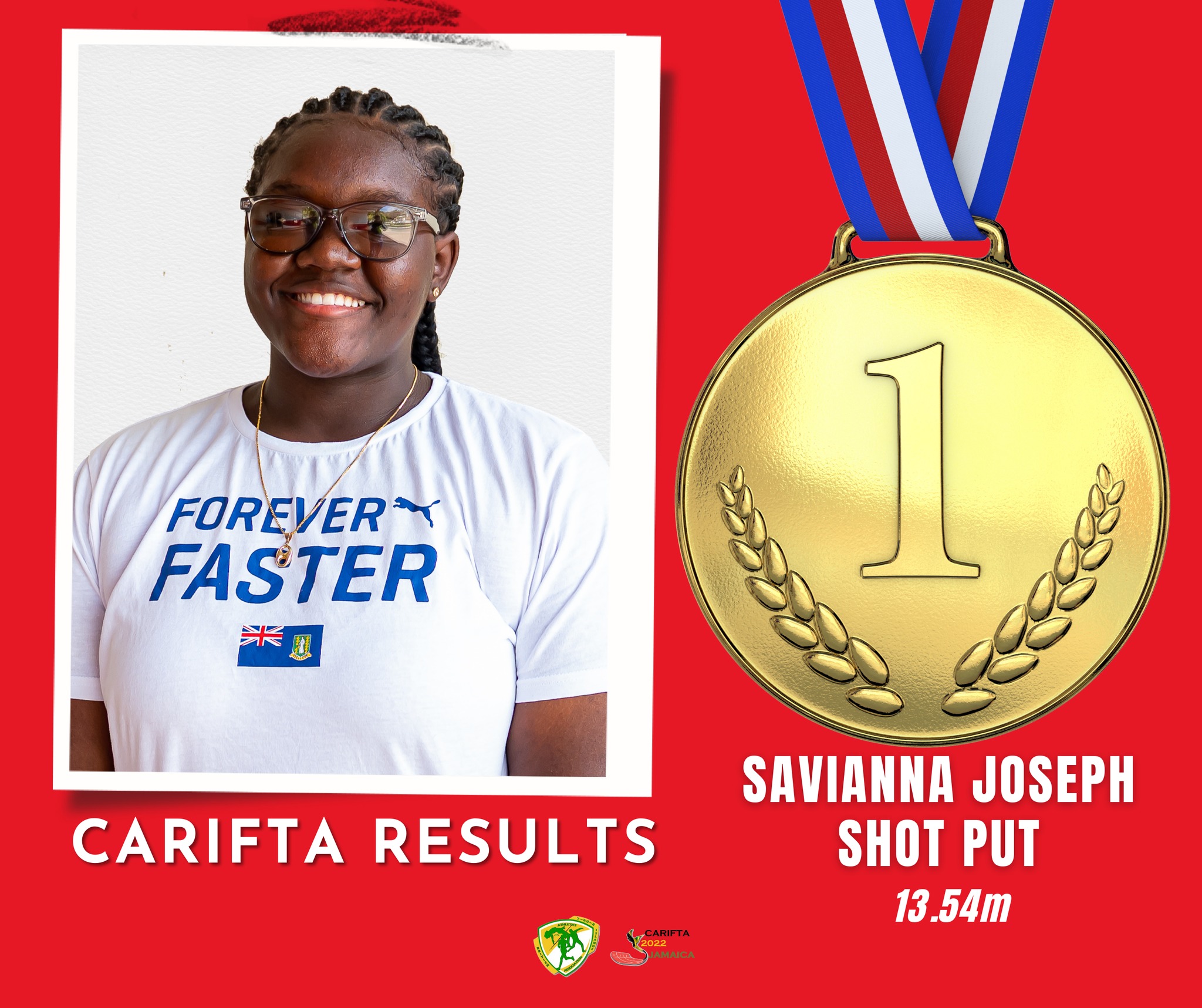 KINGSTON — The British Virgin Islands team is showing that it didn’t come to the 49th Annual CARIFTA Games just to sightsee around Jamaica.

Savianna Joseph earned the British Overseas Territory its first gold medal of the games in the Girls Under 17 shot put competition.

Joseph, of Road Town, Tortola, tossed the heavy metal ball 12.80 meters in the first round. She cemented her lead in the regional competition with a second round throw of 13.54 meters — good enough for gold.

Jamaican Natassia Burrell placed second with a best throw of 13.10 meters and Bahamian Annae Mackey finished third with a throw of 13.0 meters.

Shot put competition is a track and field event involving “putting” a heavy spherical ball — the shot — as far as possible.

The shot put competition for men has been a part of the modern Olympics since their revival in 1896, and women’s competition began in 1948.

This is the eighth time that Jamaica has hosted the event. Their national team will go after its 44th title this year.

The games are being staged under the endorsement of the North American, Central American and Caribbean Athletic Association (NACAC).