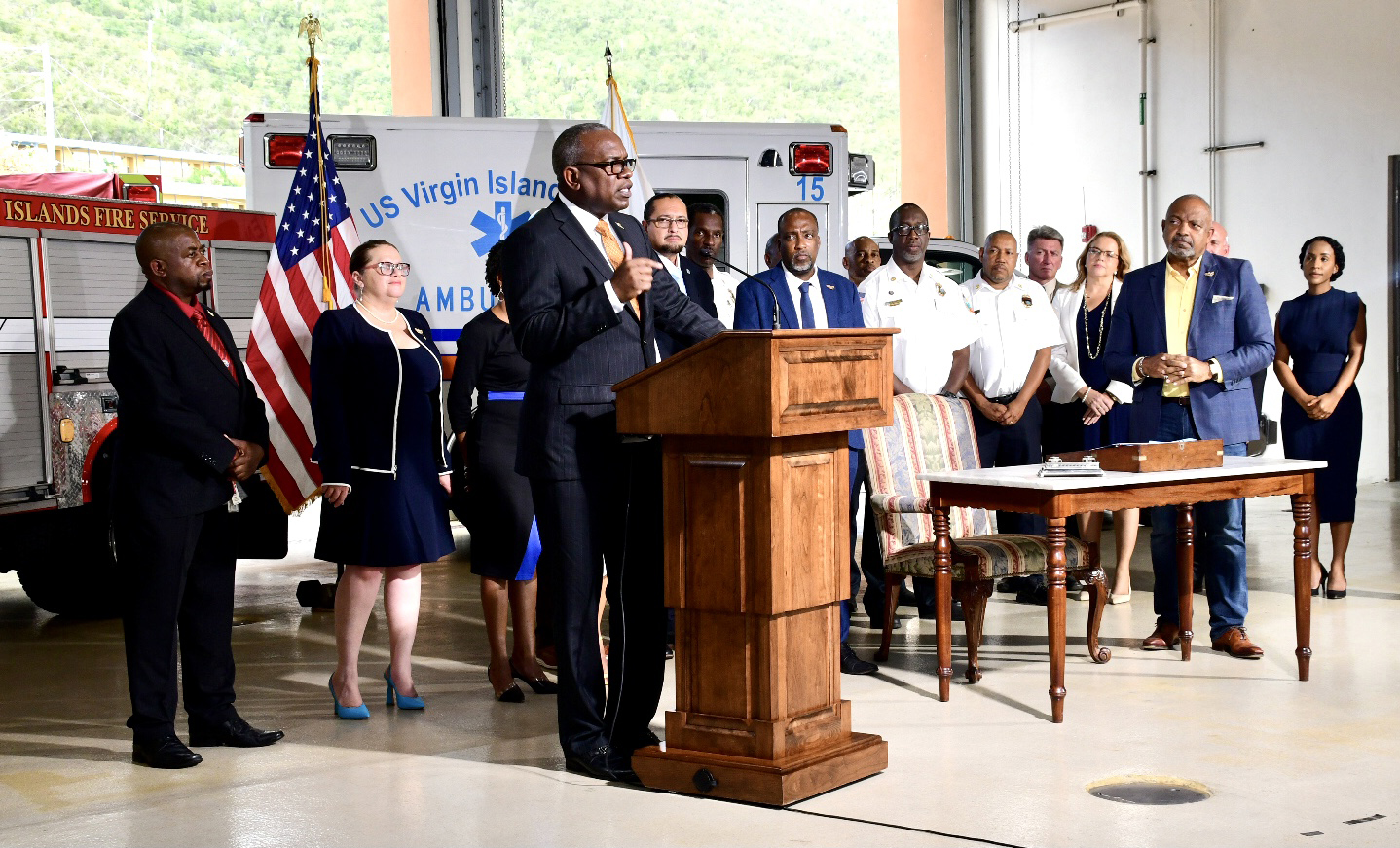 Under the new law, the Territory’s Emergency Medical Services will be a division of the Virgin Islands Fire Service, which will oversee EMS. Legislation to combine the two agencies had been put before the Senate three times previously before Governor Bryan sent down his proposal.

During a bill-signing ceremony at the Omar Brown Fire Station on St. Thomas enacting the new law, Governor Bryan noted that the proposal to merge the Virgin Islands Fire Service and EMS had been put forth 15 years ago, and he recalled the efforts of the DeJongh Administration to get the measure passed through the V.I. Legislature.

“If we had done it then, imagine the people that maybe would have survived because Virgin Islanders could have responded not from one spot, but from five or six locations throughout the territory,” the governor said. “I really am proud to say today that we got it done. As this Administration moves forward, we’re keeping the promises that we made to the people in Year One by being persevering on all the things that we think are important. By trying and trying and trying, until we get it through.”

Governor Bryan also thanked Senate Vice-President Novelle Francis for his efforts to pass the legislation, and he thanked Fire Service Director Daryl George and Health Commissioner Justa Encarnacion for their perseverance in seeing the measure passed into law.