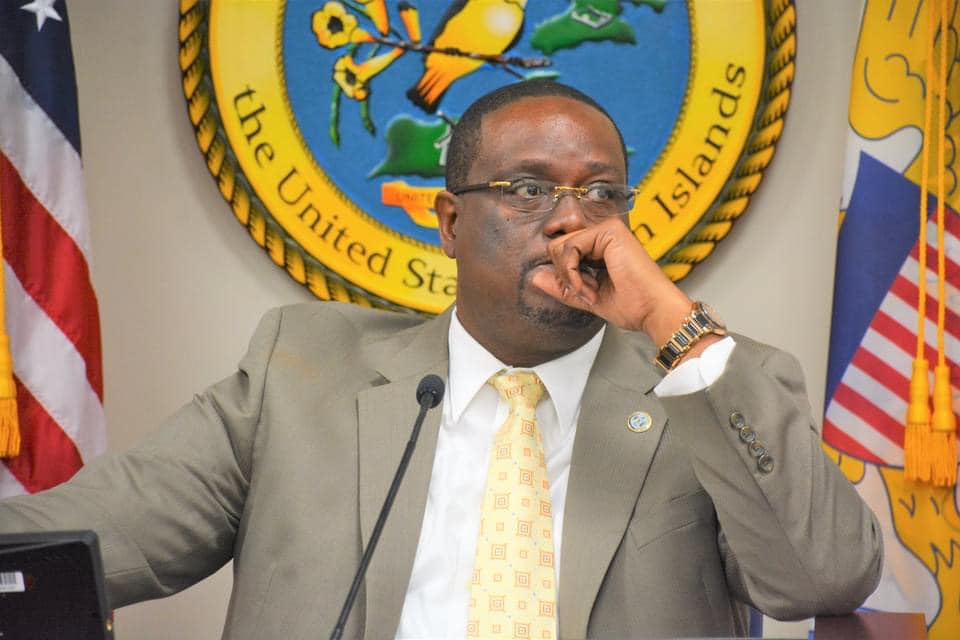 CHARLOTTE AMALIE — Senator Kenneth L. “Kenny” Gittens is asking his colleagues to reconsider authorizing an independent investigation of the Virgin Islands Water & Power Authority following Monday’s Committee of the Whole hearing to address ongoing concerns at the utility, to include a problematic November 2021 audit report.

“While I do think some positive steps have been taken, to date, no one has been held accountable for the waste, fraud, and abuse at WAPA and we have yet to realize the long-awaited promise of lower electricity bills,” Gittens said.

During the hearing at the Earl B. Ottley Legislative Hall, Senators learned that WAPA currently owes $2.65 million in employee GERS contributions, including interest and fees. And that the quasi-government authority was behind $4.9 million in employer contributions, with an outstanding loan balance of $361,000 from the suspended Government Employees Retirement System loan program.

“This matter is serious, it’s criminal, hence my request for a special investigator to investigate what is taking place at the authority,” Gittens said. “This matter before us or this discussion as we speak right now is considered criminal and I want to put that on record.”

Senator Gittens, who chairs the Committee on Economic Development & Agriculture has been calling for a hearing on WAPA since last November’s release of a Virgin Islands Inspector General audit detailing more than $113 million in cost overruns on a Virgin Islands Water & Power Authority project promised to reduce energy bills by converting WAPA’s generators from diesel fuel to propane. WAPA officials projected that the fuel conversion, managed by a company known as VITOL, would save ratepayers more than 30 percent on their monthly electricity bills.

The original cost of the project was estimated at $87 million, but through a series of change orders and overruns, the final cost eventually more than doubled. The Senator noted many basic errors in WAPA’s management of the VITOL contract identified in the audit report, including hiring a law firm with a clear conflict of interest, not following basic contract protocols, and not informing the Board about critical decision making for their input and consent.

“We cannot overstate the importance of WAPA leadership reporting to the body on a regular basis given its track record,” he said. “WAPA impacts every single member of this community, every business, every household. Expensive electricity drives up our cost of living and and hampers our overall economic development.”

Senator Gittens said when he first moved to subpoena WAPA personnel and documents in 2019, no one knew how badly things actually were at the utility.

“Much continues to be brought to light, but no one has yet been held accountable – not for the conflicts of interest, not for the selling of equipment, not for the questionable contracts and leases, not for allowing more than $2 million to be sent offshore to the Bank of China, and not for allowing the cost of the propane conversion to swell from $87 million to $200 million. I believe that the VITOL contract audit demonstrates once and for all that we must revisit my legislation to appoint a special investigator to deal with some of these lingering issues.”

Bill #34-0080, introduced by Senator Gittens in August 2021, calls for the appointment of a Special Investigator with the authority to thoroughly review concerns related to WAPA and to make prosecutorial recommendations to the Virgin Islands Attorney General and the U.S. Attorney.

The investigator would have the power to issue subpoenas for evidence and witnesses and to engage government auditors and personnel as necessary to assist in the inquiry. Senators voted to hold the bill in the Committee on Government Operations & Consumer Protection.
“I am asking that we bring this legislation back to the table,” Senator Gittens said. “It is also critical that we provide more funding to the Office of the Inspector General if we are serious about addressing these issues. I am encouraged by some of the recent changes we see with WAPA’s leadership, but as I previously noted, no one has been held accountable for the millions in losses at WAPA. How do we stop further waste, fraud, and abuse without addressing what has been allowed to take place at WAPA? Why are WAPA officials being moved to other agencies or allowed to resign or retire without any consequence? If we keep allowing these transgressions, we are doomed to to repeat them.”