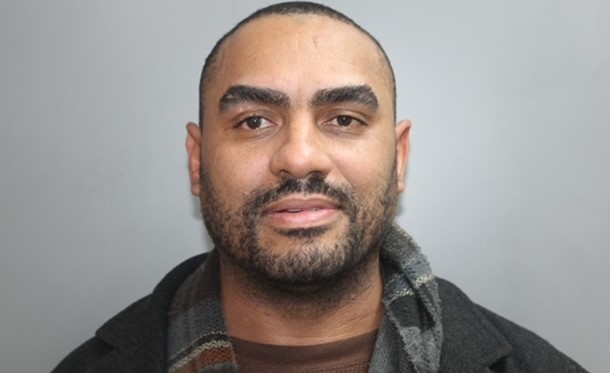 CHRISTIANSTED — Nesto Monell, 42, is charged with first-degree murder in the chopping death of his 70-year-old uncle Abraham Ortiz.

Ortiz sustained injuries near his home in Constitution Hill on September 14, 2020 that would eventually prove fatal.

Monell was returned to the territory from Boston this week. The homicide suspect was fighting extradition from Massachusetts and it took a Governor’s warrant to secure his transport to St. Croix.

Now that Monell must face trial in Superior Court at Kingshill, the Virgin Islands Free Press took a deep dive into the 21-month police investigation that led to his eventual arrest.

According to the probable cause fact sheet, members of the Criminal Investigation Bureau were told to go to an address in Constitution Hill on September 14, 2020 “to investigate an incident involving a male individual who was found outside of his home unconscious. The male was later identified as Abraham Ortiz.”

A detective from the Major Crime Unit said that police sergeant L.O. was the first to arrive at the address in Constitution Hill, Superior Court records indicate.

“Nesto Monell stated to Sgt. L.O. that on September 14, 2020, earlier in the day, stopped by his residence (in Constitution Hil) and pulled out a machete, so he took the machete from Abraham Ortiz, which resulted in him (Nesto Monell), sustaining a small laceration to his left thumb,” according to the sworn police affidavit. “Nesto Monell had blood stains on his clothing, and when asked where the blood came from, he said it came from the laceration he sustained.”

At this point, Abraham Ortiz was taken Emergency Medical Services (EMS) to the Juan F. Luis Hospital and Medical Center for treatment.

“I then traveled to #17-I Constitution Hill where Nesto Monell resides,” the sworn police affidavit states. “While at the residence, I observed what appeared to be blood stains of both Nesto Monell’s shirt and pants. I also observed a laceration to his left thumb. I asked Nesto Monell to relinquish his clothing for evidentiary purpose; however, he declined. He was then asked to travel to the Ancilmo Marshall Command Police Station, which he did, and he relinquished his clothing to Sgt. L.O., without incident. The clothing was then turned over to Technician M.W.”

A doctor at the Juan F. Luis Hospital told police investigators that Abraham Ortiz sustained “head trauma,” but that they did not know how severe his head injuries were, according to Superior Court documents. The same doctor said results of a CAT scan were not yet available.

“Contact was then made with Abraham Ortiz, who was conscious, and he was asked how he got injured and he stated: ‘No one did this to me,'” the probable cause fact sheet states.

“I observed discoloration to his face and what appeared to be dried blood in the palms of both his hands and in between his fingers,” the sworn police affidavit states.

“He (the doctor) stated that the reason he was airlifted was because he had a major brain bleed,” the probable cause fact sheet states. “(The doctor) also stated that when Abraham Ortiz began to feel a little better, he told him (the doctor) that his brother’s on (unknown name) was the one who assaulted him.”

On December 29, 2020, a witness told police that Ernesto Monell and Abraham Ortiz had argued on September 14, 2020 but that the witness did not know what they argued about, police said. The witness also said that the two men argued a lot.

Another witness told police that on September 14, 2020 Nesto Monell and Abraham Ortiz had also argued, the VIPD said.

“(The witness) stated that while they were at Ortiz’ residence, (the witness) observed Nesto Monell and Abraham Ortiz arguing and grabbing each other by the collar,” the sworn police affidavit states. A few days after the incident, the same witness told police Nesto Monell admitted that he “slapped up” Abraham Ortiz.

On January 18, 2021, the Virgin Islands Police Department was informed by Abraham Ortiz’ wife that her husband had died as a result of his injuries the day before in Florida.

On February 18, 2021, the VIPD received the autopsy report for Abraham Ortiz from the Miami-Dade County Medical Examiner’s Department .

The autopsy performed on January 20, 2021 concluded that the cause of Mr. Abraham Ortiz’ death was: “complications of blunt force injuries of (the) head, which was ruled as a homicide.”

“During my investigation, it was disclosed to me that Nesto Monell requested a lawyer; however, he stated to police detective A.J. that: “There was an altercation between my uncle and I, but the family decided to deal with it in house,” Superior Court documents indicate.