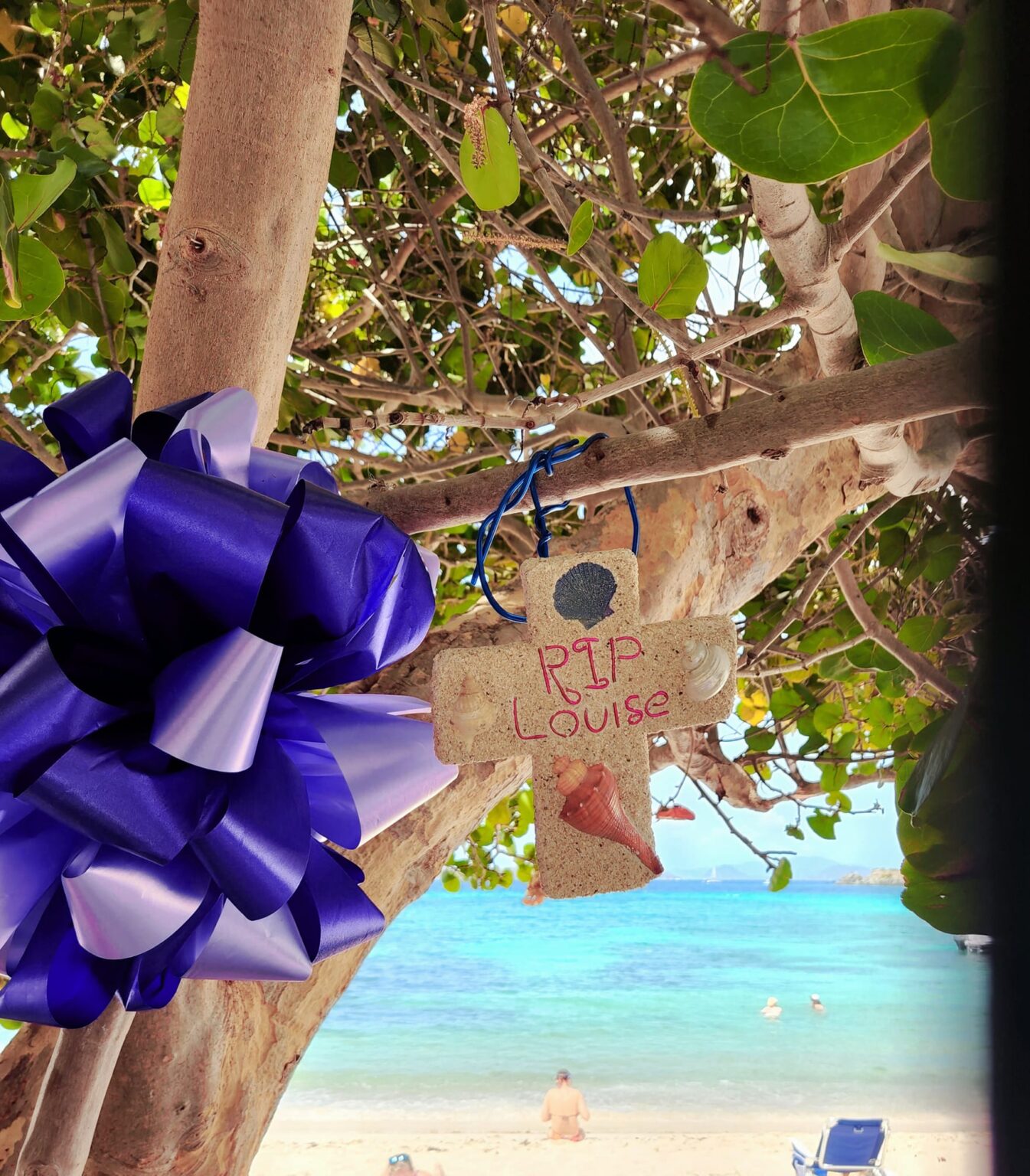 The EMT’s were providing medical attention to an elderly woman who had been struck by the postal van when police arrived on the accident scene, the Virgin Islands Police Department said.

A preliminary investigation by the Traffic Investigation Bureau revealed that the 69-year-old female victim was walking southward out of the Berne’s Alley in the area of Discount Travel when the postal van was reversing southward, according to the VIPD.

“The operator of the van reversed, striking the female and drove over the female’s body,” VIPD Communication Director Glen Dratte said. “The female succumbed to the injuries sustained.”

The Traffic Investigation Bureau is in the process of investigating this fatal incident, according to Dratte.

The woman, known as “Louise,” was a beloved vendor at Sapphire Beach. Many of her friends related that she was the sociable high point of their day.

Her colorful dresses for sale hung under trees at the beach for as long as anyone could remember. Police were attempting to contact her family on the U.S. mainland before releasing her full name.

Longtime friends and fellow beach vendors Nayda Young and Bonnie Erb said she was the sort of person that felt like family even if you didn’t know her last name.

“If you go to Sapphire and she’s not there, something’s terribly wrong,” Young told the St. Thomas Source. “Anytime I went to Sapphire it was a big hug.”

“That’s what happened. She left and we’ll never see her again,” Erb said. “I do know she was beloved by people on Sapphire Beach.”

Louise’s death was the first of two vehicle-related killings of pedestrians in the U.S. Virgin Islands over a 40-hour period between Monday and Tuesday.

Howard R. Dyer, 79, was killed by a speeding Jeep as he was leaving 2+2 Nightclub in La Grande Princesse in St. Croix on Tuesday night.