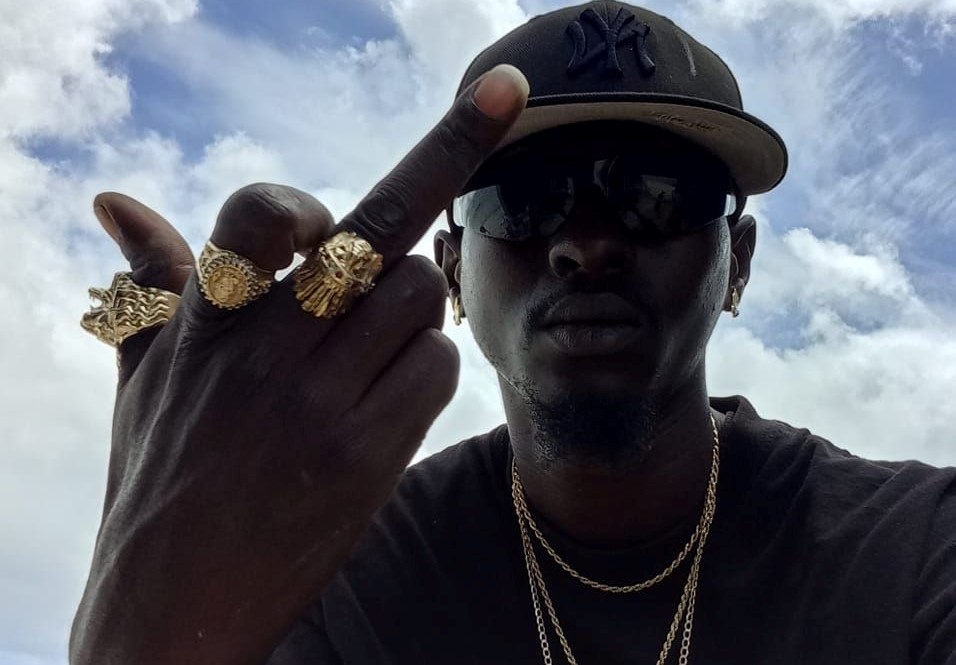 FREDERIKSTED –– A Two Brothers man was arrested Saturday after he admitted to dragging a woman by the foot down some stairs and punching her repeatedly in the back of the head and then expressing regret to police that he didn’t beat her more, according to documents filed in the Superior Court of the Virgin Islands.

Ikimba Parker, of Marley Homes and Additions, was charged with two crimes of domestic violence — simple assault and battery and destruction of other property –– and disturbance of the peace, the Virgin Islands Police Department said.

Parker was held without bail until his initial court appearance today, where Magistrate Judge Ernest E. Morris, Jr. will determine if there is probable cause to bind him over for trial.

The 911 Emergency Call Center dispatched officers at 11:49 p.m. Saturday to Building 7, Apartment 59 of Marley Homes and Additions in reference to a concerned citizen who reported that her neighbor was being assaulted by her boyfriend, according to a probable cause fact sheet filed by Virgin Islands Police.

When police arrived at Marley Homes, they noticed two officers leading Ikimba Parker out of the project in handcuffs and met with an adult female who had visible injuries to her “lip and face,” the sworn police affidavit states. The victim, later identified as Irisha Cepeda, agreed to go to police headquarters and record a video statement.

In the video statement, Cepeda told police that she and Parker had been in a relationship for 10 years and that she has had three children with him, Superior Court documents indicate.

Cepeda told police she noticed that Parker was upset after returning from a friend’s house and asked him to sit on the bed with her and talk about it.

“I.C. stated that she got up off the bed and moved closer to Mr. Parker and asked him to communicate with her and Mr. Parker pushed her and stated that he is leaving,” the probable cause fact sheet states.

According to police, Parker started walking down the stairs and the woman followed after him.

Cepeda told police that Parker then went outside and broke the glass on her black Infinity vehicle and then said: “I know you can’t get that fixed now,” the sworn police affidavit states.

Cepeda, who was also charged with domestic violence, told police that she pushed Parker because he broke the glass on her vehicle, so she pushed him and he pushed her onto the floor and then punched her, according to the probable cause fact sheet.

At this point, Parker’s male cousin broke up the fight and Cepeda asked him if she could use his telephone to contact 911. The relative of Parker refused to let her use his mobile phone “because Mr. Parker is his cousin,” so Cepeda went to a neighbor’s house to use their phone and she called 911.

At the Wilbur H. Francis Command Station in Mars Hill, Mr. Parker was advised of his Miranda rights at police headquarters.

“Mr. Parker stated that (the victim) got upset with him because he would not speak to her, and she yelled at him and told him that he does not know how to communicate,” the probable cause fact sheet states.

Parker said he told the victim that he was leaving the house “and she got upset and blocked the door and told him that he is not going anywhere,” the sworn police affidavit states.

“Mr. Parker stated that he went upstairs to get some of his personal items and (the woman) kicked him and he grabbed her foot and pulled her down the stairs causing her to fall on her face,” according to the probable cause fact sheet

Parker told police that he went to the refrigerator and grabbed a beer and started drinking it, when he noticed that the woman had taken a knife from the kitchen and proceeded to go outside and puncture the tires on his truck, She also took a rock and broke the glass on his truck, according to police.

“Mr. Parker stated that (the woman) approached him with the knife after damaging his vehicle and he took the knife from her and struck her twice with his fists behind her head,” the probable cause fact sheet states.

Parker told police that he tried to go back into the home, and Cepeda refused to let him back in.

“Mr. Parker admitted to damaging I.C. vehicle and stated that he should have ‘box up her mother scunt more,'” according to the sworn police affidavit.

The police officer who filed the report with the Superior Court said that she observed the Cepeda “received injuries to her forehead, left cheek, lower left eye and lip.” While Parker himself “sustained a swollen lip and cuts on his finger.”

Each person declined medical attention after the incident.
All individuals listed as arrested or charged with a crime in this report are presumed innocent until proven guilty in a court of law.