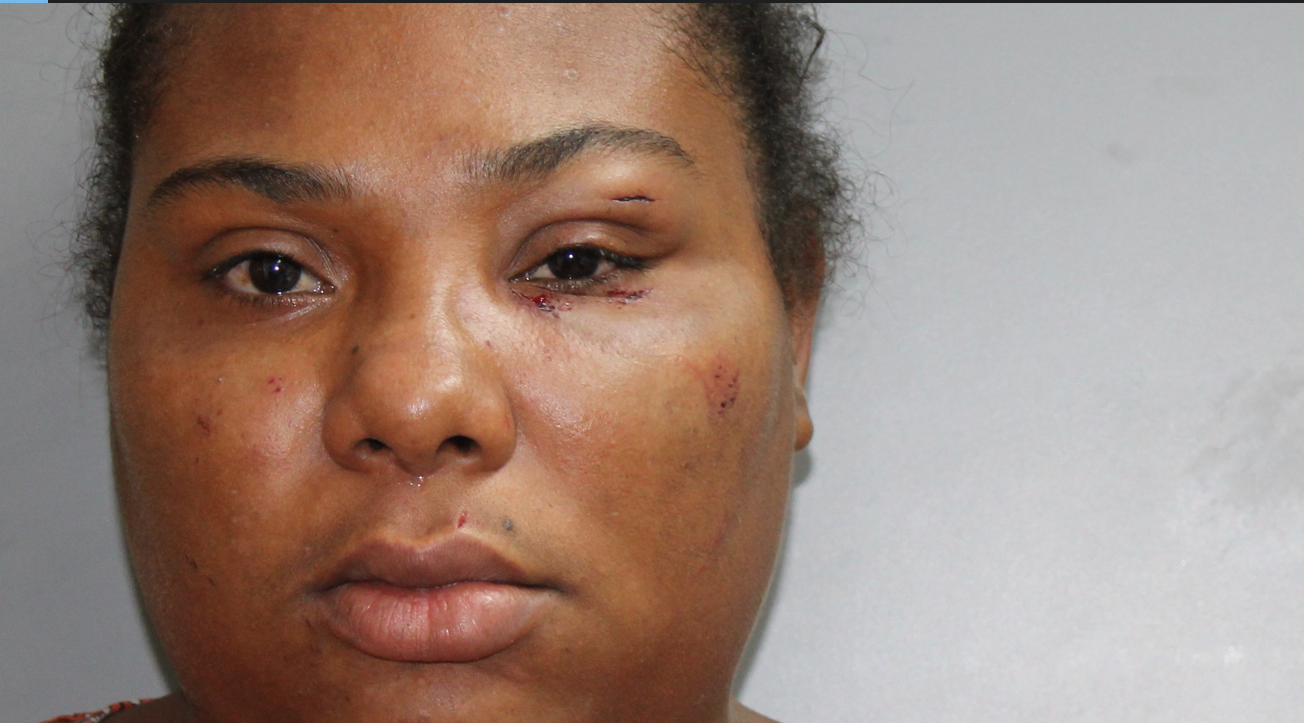 FREDERIKSTED — The Virgin Islands Police Department has issued an official mugshot of Irisha Cepeda, who stands accused of destruction of property charges.

In the photograph, Cepeda’s left eye is still appears cut in two places and swollen from her encounter with her partner of 10 years Ikimba Parker.

In an unusual move, the VIPD has charged each fight participant with domestic violence after scuffles took place at Marley Homes and Additions in Estate Two Brothers late Saturday night.

The 26-year-old Cepeda was arrested at 11:59 p.m. Saturday and charged with disturbance of the peace by fighting and destruction to other property-domestic violence, according to the VIPD.

Parker, 32, of Two Brothers, was also arrested at 11:59 p.m. and charged with simple assault and battery-domestic violence, destruction to other property-domestic violence and disturbance of the peace by fighting, according to Superior Court documents.

The tale of the tape is told in the probable cause fact sheet. The report says Cepeda is taller and weighs more than Parker.

If the two combatants were professional boxers, Parker would fight in the featherweight division and Cepeda would compete in the super heavyweight division.