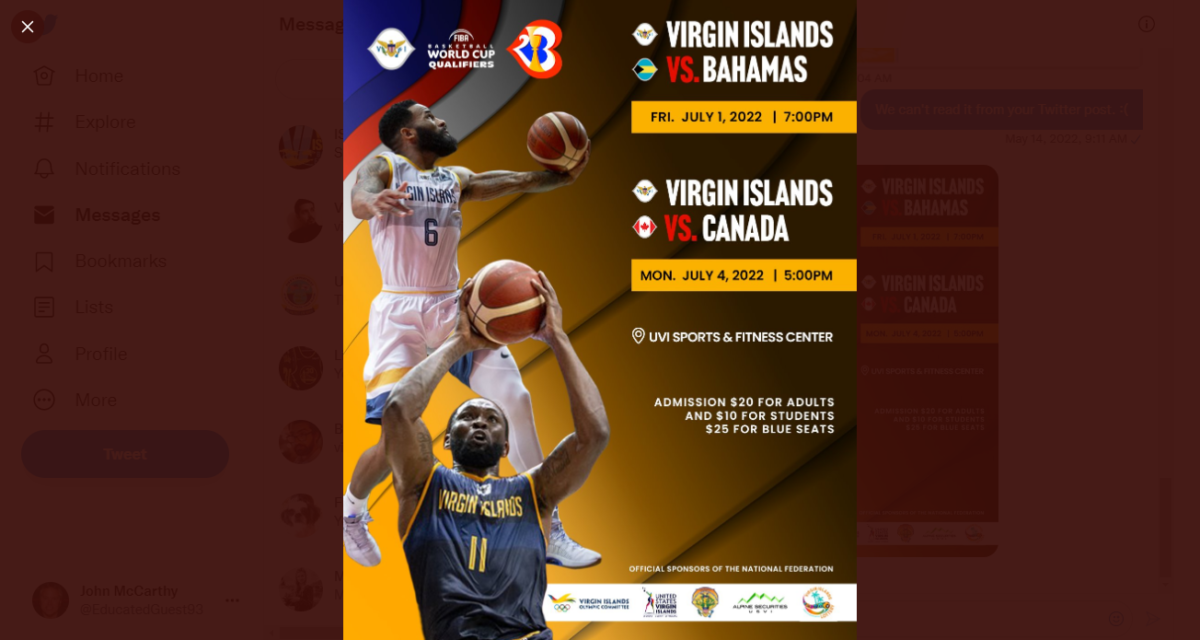 CHARLOTTE AMALIE — Some NBA talent will be on display when the Virgin Islands Basketball Federation plays its next two FIBA qualifiers at the UVI Sports and Fitness Center in St. Thomas next month.

The VIBF is set to host the senior men’s national team from Bahamas on July 1 and then will square off against Canada on July 4.

Current NBA player Buddy Hield is expected to suit up for the Bahamas while the Bahamas Basketball Federation is still awaiting on confirmation from Deandre Ayton of the Phoenix Suns and Kai Jones of the Charlotte Hornets.

As for the home team (ISV), the element of surprise awaits.