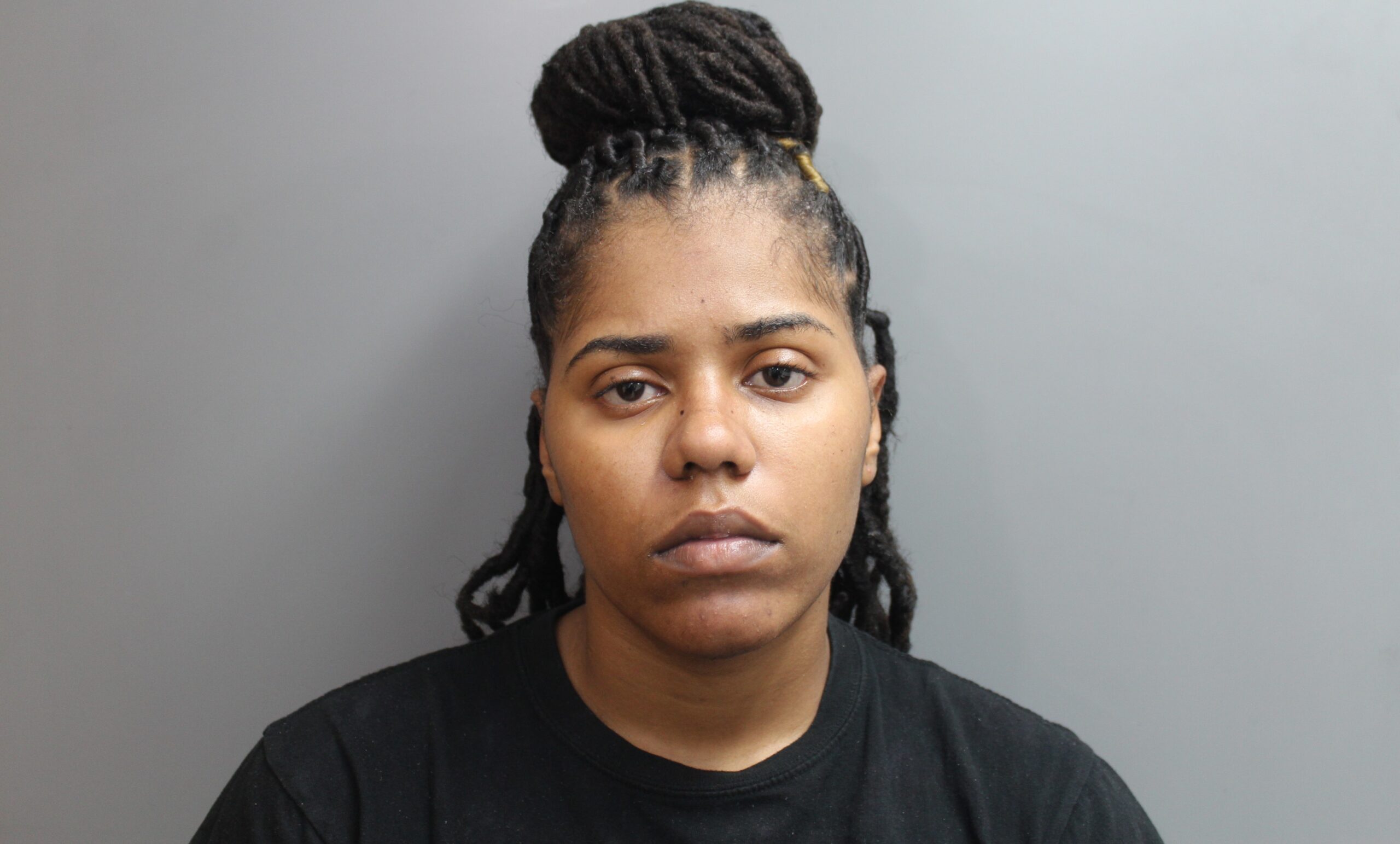 FREDERIKSTED — A St. Croix woman upset with police because her father was arrested — spit on an officer in front of police headquarters — and was arrested herself, according to Superior Court documents.

Luisa Navarro, of St. Croix, was arrested and charged with aggravated assault and battery and disturbance of the peace, the Virgin Islands Police Department said.

A VIPD officer stated she was standing in front of the Wilbur H. Francis Command in Mars Hill at 12:50 p.m. Thursday when she observed an unknown Hispanic female who was “cursing and yelling” at officers in the parking lot saying she will catch them when they are off duty and “box off (their) mother scunt,” the probable cause fact sheet states.

The woman later identified as Luisa Navarro was upset because her father, Luis Angel Navarro, had been recently arrested for carrying-using a deadly weapon, according to the sworn police affidavit.

“Ms. Navarro continued to curse at the officers,” the probable cause fact sheet states. “Ms. Navarro then turned to Police Officer F.C., and she spat on his right leg.”

The officer who observed the incident told Navarro that she was under arrest for spitting on a police officer and told her to put her hands behind her back. the sworn police affidavit states.

“Ms. Navarro refused to put her hands behind her back after being told to do so about two times,” according to Superior Court documents.

A police sergeant then took each of Navarro’s hands and placed them behind her back.

“Ms Navarro resisted and still refused to be handcuffed,” the probable cause fact sheet states. “(Another) police sergeant then assisted by placing Ms. Navarro in a control hold, he walked her into the station and he placed her into the cell without further incident.”