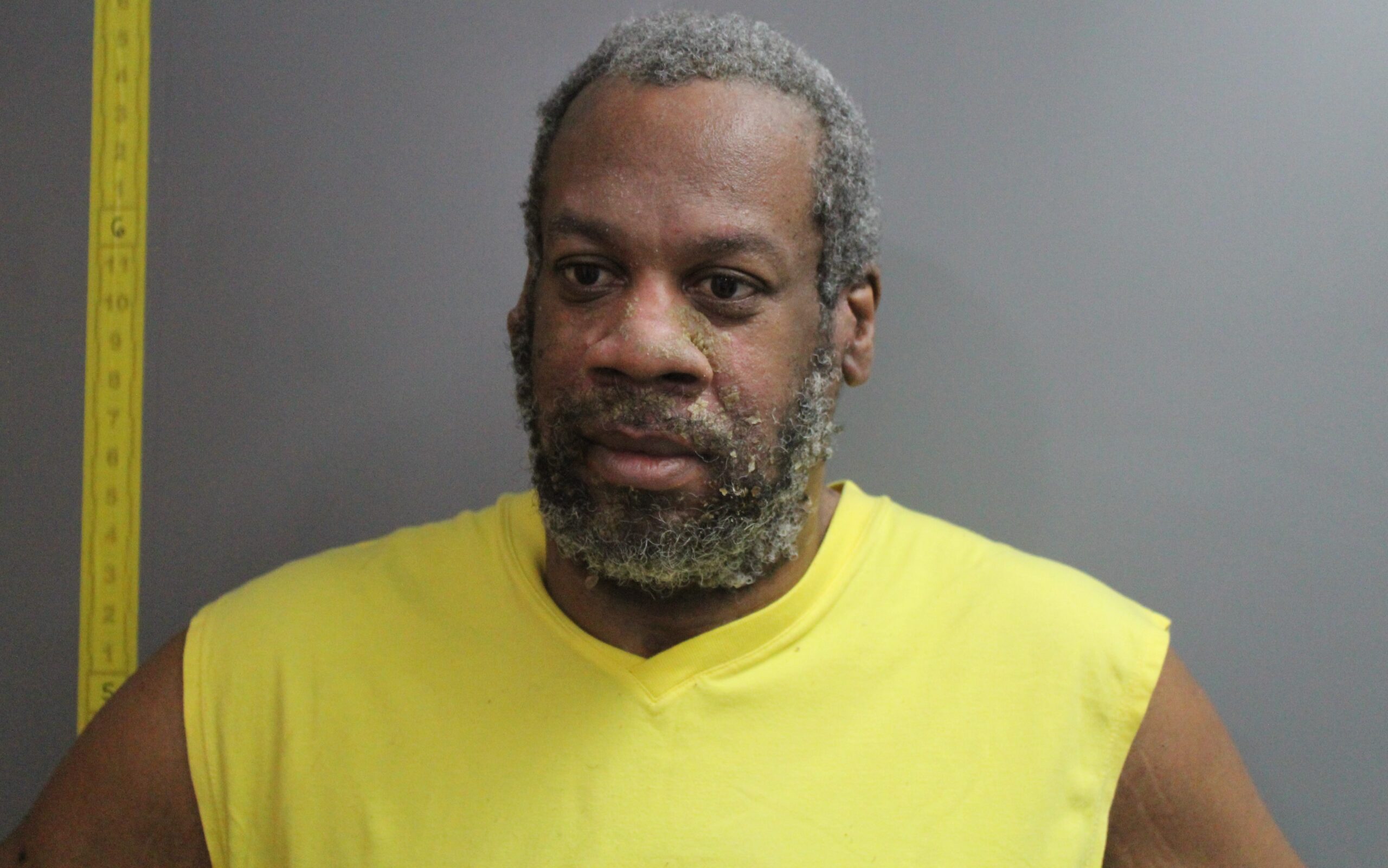 CHRISTIANSTED — A homeless man who tried to grab a nurse’s breast as she and two other health care workers tried to bathe him at the hospital was arrested Monday night, court records indicate.

The 911 Emergency Call Center dispatched officers to the Cardiac Center at the Juan F. Luis Hospital in Diamond Ruby about a disturbance at 10:00 a.m. on Monday, according to the VIPD.

The victim told police that Halbert attempted to grab her breast as she and two other health care workers tried to clean him, the probable cause fact sheet states.

“Victim 1 also stated that she came to assist Witness 1 and Witness 2 with cleaning Mr. Halbert when he became very aggressive and made attempts to fight her and during the altercation he attempted to grab her breast,” Virgin Islands Police said in a sworn affidavit filed in Superior Court. “Victim 1 stated that she deflected his hand when he reached for her chest. Victim 1 also stated that Mr. Halbert went on to say: ‘That’s why people do get raped.’”

All three health care workers told police that Halbert used a “closed fist” and “positioned himself” in order to assault the nurse and attempt to touch her breast, Superior Court records indicate.

“The nurses who dealt with Mr. Halbert stated that he is known to be aggressive towards them during bath time and the staff has numerous reports on his aggressive behavior towards the staff.”

Halbert declined to speak to police when confronted with the allegations, the probable cause fact sheet states.

Police said the homeless man at the side of the road about a year ago and has been living at the hospital ever since.

“He has no (known) medical diagnoses,” the sworn VIPD affidavit states.

Halbert was scheduled for an advice-of-rights hearing in the Superior Court of the Virgin Islands today.

According to a study from the Occupational Health and Safety Administration, health care workers account for approximately 50 percent of all victims of workplace violence.