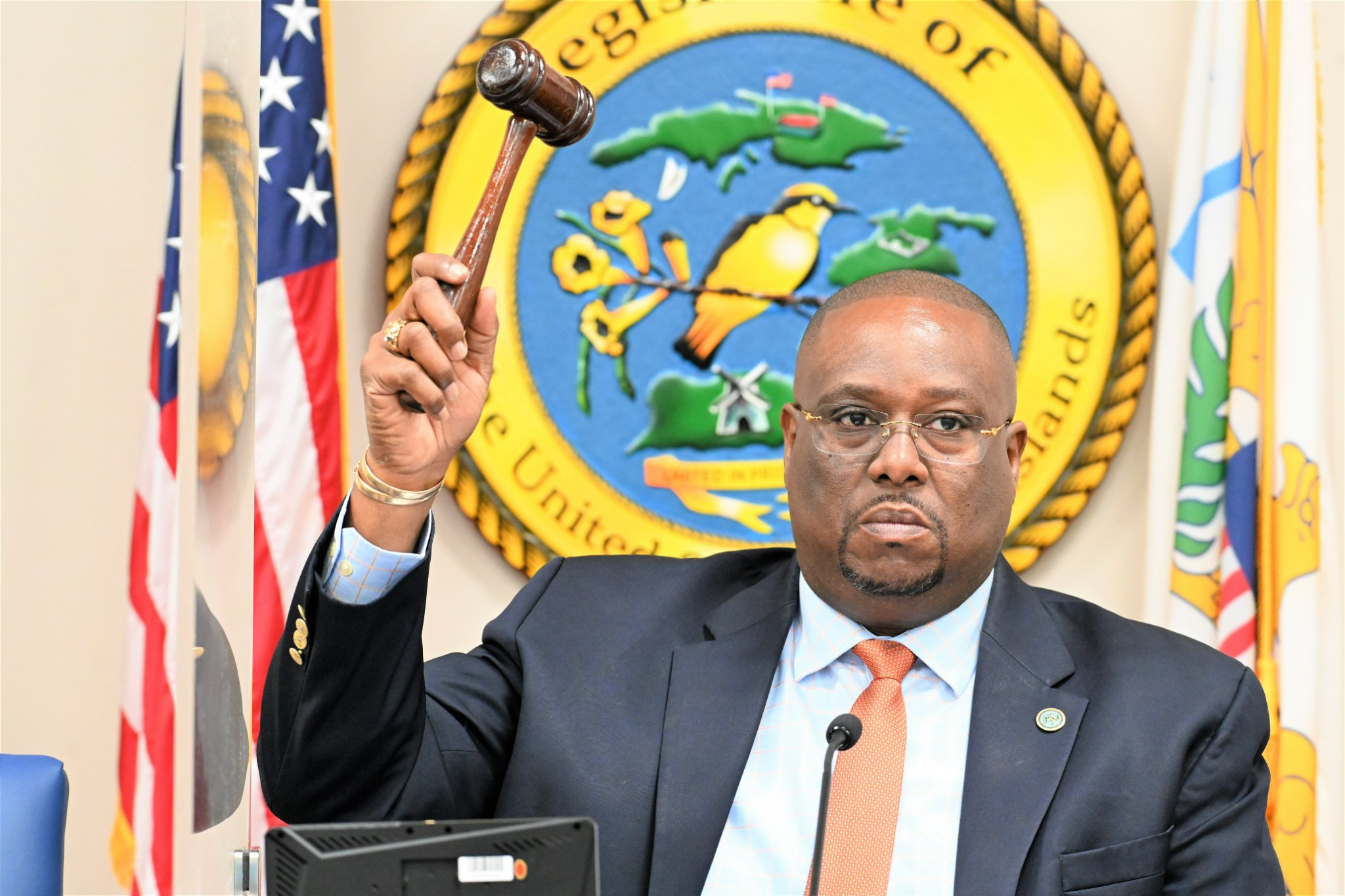 CHRISTIANSTED — Members of the Committee on Economic Development and Agriculture, chaired by Senator Kenneth “Kenny” Gittens, convened in a meeting at the Frits Lawaetz Legislative Conference Room in Golden Rock.

Lawmakers were updated on the status of Limetree Bay Refinery (LBR), its recent sale, ownership, and activities at the refinery site.
Regarding the sale of Limetree Bay Refinery, the refinery re-opened on January 31, 2021. LBR made a payment totaling $2.3 million to the Government of the Virgin Islands during the first quarter that was due on March 31, 2021, according to Nathan Simmonds, Director of the Virgin Islands Public Finance Authority (VIPFA).

However, LBR failed to meet financial obligations for several quarterly payments of $2,520,548 due September 2021, $2,520,548 due December 2021, and $2,493,151 due June 30, 2022. The outstanding debt totaled $7,534,247. As a result, Simmonds noted that GVI issued a notice of deficiency to LBR, who then filed a voluntary petition for relief in the bankruptcy court. Furthermore, the Authority issued notice to LBR that it was in breach of the Operating Agreement for failure to remit the September and December payments in accordance with the court order, according to Simmonds. To date, GVI and the Authority are continuing efforts to collect the outstanding balance owed by Limetree Bay Refinery. Simmonds stated that VIPFA continues to provide compliance monitoring of the Refinery Agreement.

Senator Gittens asked if Port Hamilton Refining and Transportation, LLLP (PHRT), would repay the acquired debt. In response, Charles Chambers, representative of Port Hamilton Refining and Transportation, a special purpose vehicle to acquire the refinery and current business owner, stated that payments will resume once the refinery is operable. For clarification, Simmonds added that Limetree remains the current owner of the terminal. Senator Novelle Francis asked for a list of shareholders of Port Hamilton Refining and Transportation, LLLP. Chambers noted that there are several shareholders and companies that make up PHRT. However, the list was unavailable during the hearing. Richard Evangelista, Commissioner of DCLA, indicated that PHRT was issued a business license in March 2021. Chambers stated that the primary goal of PHRT is to open the refinery and then hire qualified local employees to fill vacancies.

Separately, policymakers received testimony on the Agricultural Plan. President of the University of the Virgin Islands (UVI), David Hall, noted that the plan was developed by the V.I. Plan Task Force in collaboration with the Virgin Islands Department of Agriculture (DOA). Act 8404 required UVI and DOA to create a comprehensive plan to develop a robust locally grown food economy. Hall explained that some of the key highlights of the Agricultural Plan are to form the Agriculture Advisory Council and to create a Local Farm Coordinator. The plan would provide financial support for the Agriculture Business Center, the $3 million public-private partnership, and develop farming cooperatives.

Hall stated that mitigating staff shortages and hiring personnel to include a grant writer is also a significant aspect of the Agriculture Plan. Identifying funding is required to bring the plan into fruition. Dale Browne of Sejah Farm of the Virgin Islands recommended mandating government agencies to purchase locally grown food. With increasing demand, there will be greater efforts to have a sufficient supply. Senator Donna Frett-Gregory expressed dissatisfaction to the ongoing absence of DOA at hearings in which UVI must take the lead. Regarding funding, Senator Frett-Gregory stated that it is important to explore at bare minimum, the funding for the Advisory Council and Local Farm Coordinator.
Senators attending the meeting: Kenneth L. Gittens, Milton E. Potter, Javan E. James, Jr., Janelle K. Sarauw, Genevieve R. Whitaker, Donna A. Frett-Gregory, Dwayne M. DeGraff, Novelle E. Francis, Jr., Franklin D. Johnson, Samuel Carrión, and Alma Francis Heyliger.