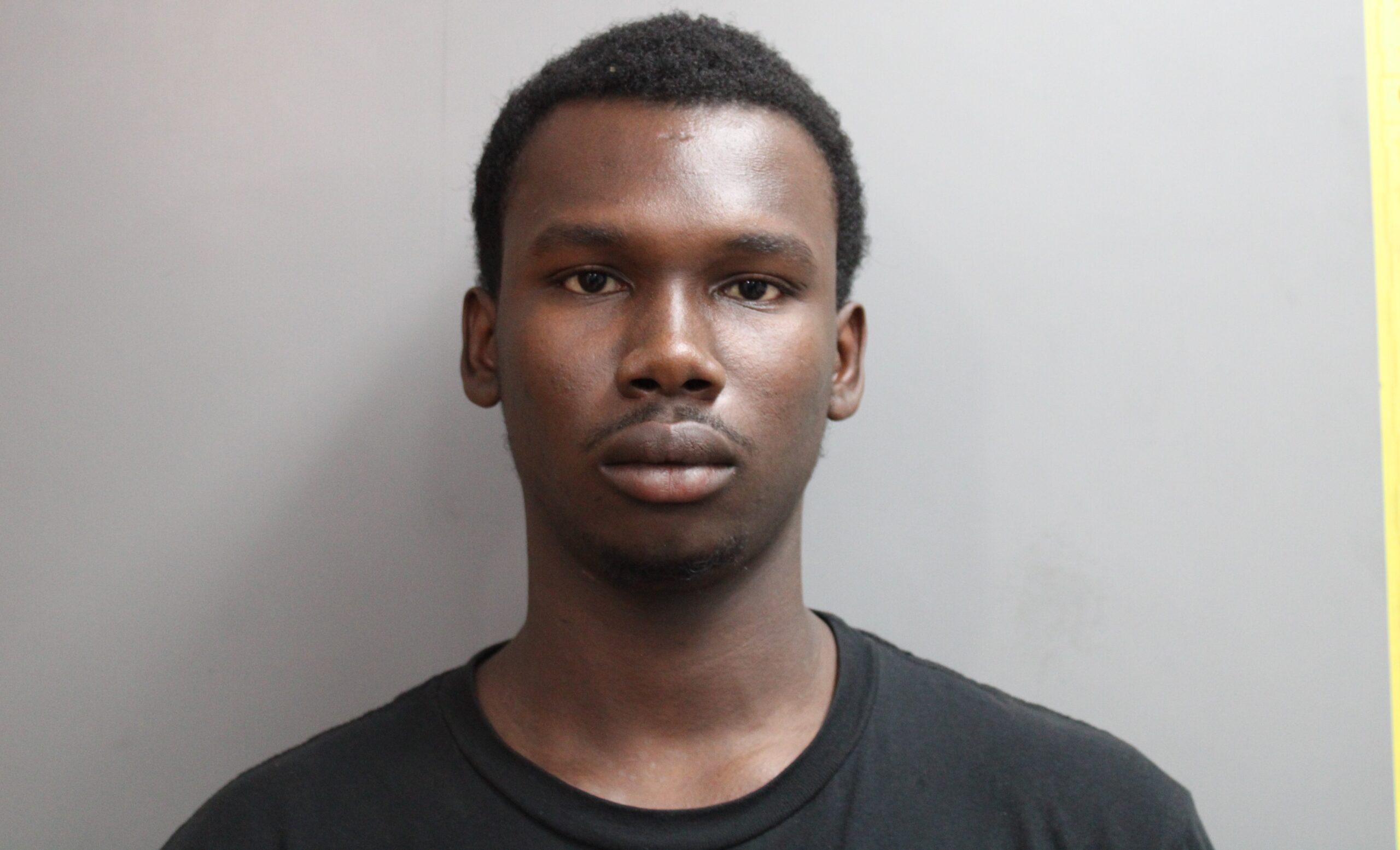 FREDERIKSTED — Four female Virgin Islands Police officers confronted an unruly naked mental patient with an ASP baton and taser in order to subdue him in Whim on Wednesday morning.

The case began at 8:20 a.m. Wednesday when two female officers were dispatched to a home in Whim where Christian’s father, Valero Christian, was requesting help with his son Andy, who was shining a flashlight into a neighbor’s window while totally nude, according to the VIPD.

Valero Christian told police that his son had been “running around in the neighborhood for the past three days, and on November 30, 2022, Mr. Andy Christian went to his neighbor’s home while naked and flashed a flashlight through a neighbor’s window, the probable cause fact sheet states.

“While interviewing Mr. Valero Christian, Mr. Andy Christian ran out from the property (in) Estate Whim, naked, he approached Police Officer Juan Bermudez and he was shouting out: ‘Bow, bow,'” the sworn VIPD affidavit says. “Sergeant Cassandra Francois advised that we needed someone from ‘Mental Health’ to travel to assist us and Director of Environmental Health, Safety and Security Wanson Harris who is certified and trained to deal with people with mental illness responded via 911.”

The nude Andy Christian then maneuvered around one of the first-arriving female VIPD officers, Superior Court record show.

At this point, Sergeant Francois displayed her ASP baton and Police Officer Tianna Browne brandished her police-issued taser, causing Andy Christian to comply with their orders.

After detaining Andy Christian at the scene, police officers Bermudez and Joseph took the suspect to the Juan F. Luis Hospital for treatment, where they were assisted by VIDOH Director Harris, the probable cause fact sheet states.

At the same time during the ride to the hospital, Police Lieutenant Herman Lynch saw that Andy Christian had placed the rear-view camera of the vehicle in his mouth, the sworn VIPD affidavit shows.

No one was injured during the incident or the subsequent ride to the hospital, according to police.

Part of Andy Christian’s treatment at the hospital included him being medicated. After being treated, the suspect refused to cooperate with the booking process at the Wilbur H. Francis Command in Mars Hill.

Andy Christian was then transferred to the custody of the Virgin Islands Bureau of Corrections pending an advice-of-rights hearing scheduled for 9 a.m. today in Superior Court at Kingshill.

Meanwhile, Andy Christian is no stranger to the law.

The current disposition of the previous charges is not known. In 2021, Superior Court Magistrate Judge Ernest Morris Jr. released Christian to the custody of his father and allowed the suspect to travel to work as a dishwasher.