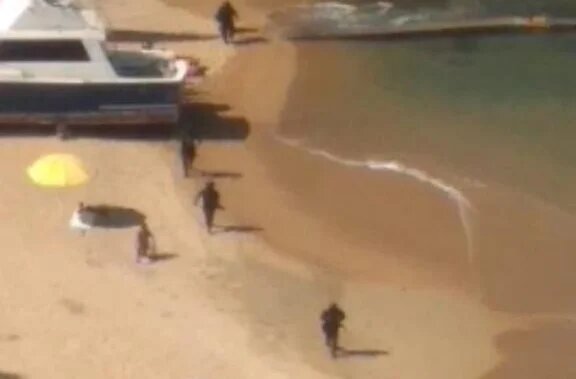 CHARLOTTE AMALIE — A drug trafficker who lost his leg after a botched shootout with the feds on a St. John beach got nearly 12 years in prison for shooting a federal agent, authorities said.

Rammer Guerrero Morales, 31, of Santo Domingo, was sentenced to 141 months of imprisonment by Chief U.S. District Court Judge Robert A. Molloy, U.S. Attorney Delia L. Smith said. In March 2022, Guerrero-Morales pleaded guilty to possession and discharge of a firearm during and in relation to a crime of violence and assaulting a federal officer.

According to court documents and evidence presented at co-defendant Samuel Pena Columna’s trial, on September 25, 2019, Guerrero-Morales was involved in a shootout with several U.S. Customs and Border Protection (CBP) Air and Marine Interdiction agents.

On the evening of September 25, 2019, Guerrero-Morales and three co-conspirators were driven
by Pena Columna to Haulover Bay, a well-known drug smuggling area on the east end of St. John, with over $1.1 million to conduct a 100-kilogram cocaine transaction with traffickers from Tortola, BVI.

After confirming that the trail was clear, Guerrero-Morales and Morales Nolasco had planned to signal for the other co-conspirators waiting in Pena Columna’s vehicle to bring the $1.1 in cash down the trial to complete the drug transaction while Pena Columna waited at the top of the trail in
his vehicle.

Trial evidence further revealed that, on their way down to the trail, Guerrero-Morales and Morales Nolasco encountered two CBP agents who immediately identified themselves as police. The agents were fired upon by Guerrero-Morales and a shootout ensued leaving one agent with gunshot wounds to his shoulder and leg.

The agents returned fire hitting Guerrero-Morales in his leg which was later amputated due to the severity of his injury.

During the shootout, Morales Nolasco fled the scene and ultimately made his way to the Dominican Republic. He was later extradited back to the territory for prosecution. Pena Columna and the two remaining co-conspirators also fled the scene.

Pena Columna, a paid confidential source conducting his own drug trafficking organization, later told federal agents that he took the two men, along with the $1.1 million dollars, near the Cruz Bay area where they escaped.

The agents rendered aid to the wounded man, later identified as Guerrero-Morales, and placed him under arrest.

Agents recovered two firearms at the scene, including “an AR-15 style .233 caliber rifle and a Glock .40 caliber pistol with an extended magazine,” according to court documents.

Pena Columna was convicted in September 2022, and his sentencing is scheduled for January 19, 2023. Morales Nolasco pleaded guilty in March 2022, and on December 6, 2022, he was sentenced to 101 months of incarceration for his role in the drug trafficking conspiracy.

This effort was part of an Organized Crime Drug Enforcement Task Forces (OCDETF) operation. OCDETF identifies, disrupts, and dismantles the highest-level criminal organizations that threaten the United States using a prosecutor-led, intelligence-driven, multi-agency approach. Additional information about the OCDETF Program can be found at https://www.justice.gov/ OCDETF.