The Commonwealth of Puerto Rico is at a crossroads. The governor, Alejandro García Padilla, noted in an interview late last week that the island simply could not pay all of its debts on time. He said that the government would therefore be asking for concessions from most if not

Former Labor Secretary Robert Reich says discriminatory housing policies have effectively segregated America, and housing vouchers, tax credits and an embrace of a Supreme Court decision handed down last week are the first steps toward fixing the problem. “We’re experiencing racial segregation on a much larger geographical scale than

Jindal Twists Himself In Knots Over Question On Interracial Marriage

Chuck Todd attempted to rectify his awful show from last week by pretending to be tough on the Governor of Louisiana. He accuses Jindal of pandering to the audience by claiming that his kids just LOVE the Iowa State Fair. That was the brunt of his toughness towards Governor 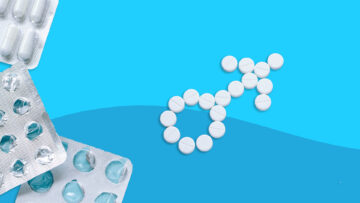 RICHMOND — Despite scientific advances, birth control options for men remain limited to condoms or vasectomy. There are also wing-and-a-prayer options such as pulling out (withdrawal) and outercourse. Since half of all U.S. pregnancies are unintended, there seems to be a real need for additional family planning methods that don’t rely solely

CHARLOTTE AMALIE – A TSA agent who faked cancer for five years, taking nine months’ worth of paid sick days for made-up surgeries and radiation is originally from St. Thomas. Security officer Marc Bess was arrested in Atlanta for stealing public money and was fired from his taxpayer-supported government job