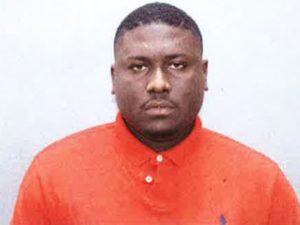 CHARLOTTE AMALIE — On February 14, 2017, at approximately 3:00 p.m., contact was made with Troy C. Etienne of Estate Lovenlund.

Etienne was taken into custody after he was positively identified as the individual involved in an ongoing investigation of a robbery case that took place on January 25, 2017, in the area of Smith Bay.

Police said that he was then advised of his rights, placed under arrest and charged with Assault 3rd Degree, Possession of an Unlicensed Firearm, Brandishing & Exhibiting, Disturbance of the Peace, and Using a Dangerous Weapon during a Crime of Violence.

Unable to post bail in the amount of $126,500.00, he was processed and turned over to the Bureau of Correction pending an Advice of Rights hearing.