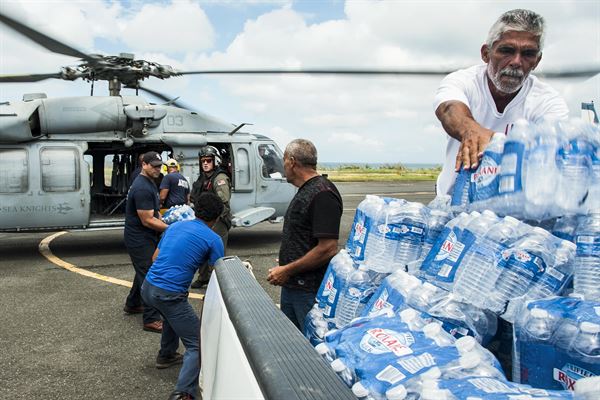 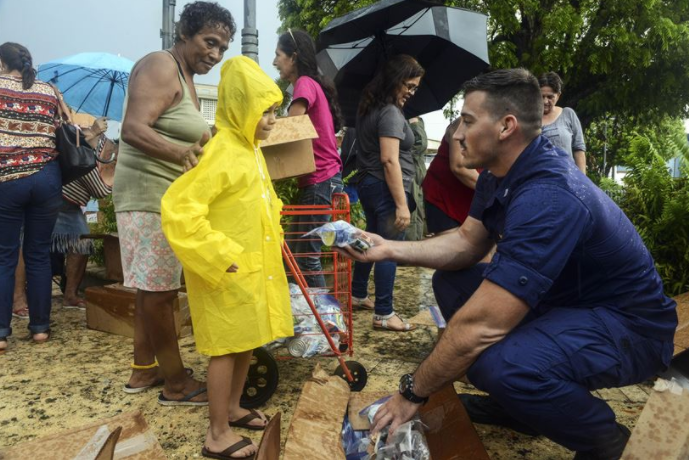 U.S. Northern Command in Colorado Springs, Colorado, has the DoD lead in disaster response and relief efforts in both U.S. territories. Davis said the command has deployed food, water and key DoD capabilities, including elements of the 633rd Expeditionary Medical Support hospital to Aguadilla, Puerto Rico.

The number of aircraft deployed to the U.S. territories totals 92 rotary-wing and 19 fixed-wing airplanes, he noted. A key incident support base distribution hub for the western region of Puerto Rico also has been set up in Aguadilla, the spokesman said.

The hospital ship USNS Comfort is providing medical support operations in Aguadilla. Elements of the 14th Combat Support Hospital are arriving in Humacao, where the hospital is scheduled to open tomorrow, Davis said.

DoD personnel have installed 81 generators on the island and provided 273 of 423 generator inspections prior to installation, he said.

Service members are progressing in clearing routes from storm damage, and the 3rd Expeditionary Sustainment Command is taking the lead for water production near Guajataca Dam, Davis said.

Defense Logistics Agency personnel are charged with delivering 2.5 million meals each day through Nov. 5, he said.

All elements of the 575th Area Support Medical Company have arrived in St. Croix, Davis said, and a mobile medical center is expected to be fully operational by tomorrow.