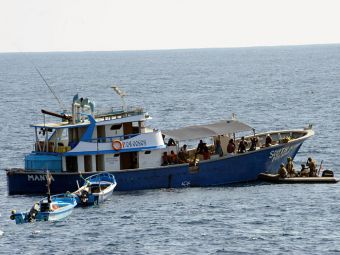 CHRISTIANSTED – A St. Croix man must serve 20 years in prison for being a “manager” in a Venezuela to Virgin Islands cocaine smuggling conspiracy.

Judge Lewis also sentenced Hodge to five years of supervised release, and ordered him to pay a fine of $10,000.000 and a special assessment of $200.00.

On June 26, 2018, a federal jury convicted Hodge along with five co-defendants on cocaine-related charges. Evidence at trial revealed that a transnational drug trafficking organization planned the retrieval from the high seas of over 300 kilograms of cocaine during the period of the conspiracy which existed from January 2014 to March 2016.

Except for the November 2014 shipment, all other shipments were successfully retrieved and transported, via boat, to St. Croix. On November 14, 2015, law enforcement agents seized the 87 kilogram shipment which was packaged in four suitcases on a beach at Knight’s Bay on St. Croix.

They apprehended four members of the organization including Hodge.

Prior to trial six defendants entered guilty pleas and were sentenced.

Of the six defendants that went to trial one other besides Hodge, that is, Jesus Burgos-Montanez, was sentenced to 68 months of incarceration for his role in the offense.

It was prosecuted by Assistant U.S. Attorneys Alphonso Andrews, Jr. and Everard Potter.