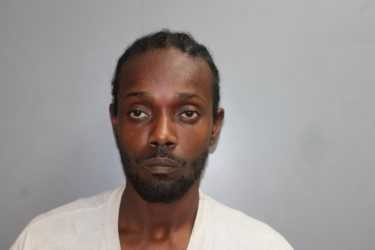 CHRISTIANSTED — Police conducting routine traffic stops near the Limetree Bay Refinery found one man in possession of an illegal gun and drugs in St. Croix on Wednesday.

“The Motor Carrier Safety Assistance Program Unit police officers conducting a safety inspection of commercial motor vehicles in the Estate Mannings Bay Road area when it was discovered that Kareem Smith was in possession of a substantial amount of marijuana and a gun,” VIPD spokesman Glen Dratte said.

Kareem B. Smith, 34, admitted that he does not possess a license to carry the firearm that he was in possession of, according to Dratte.

Smith was arrested and charged for unauthorized possession of a firearm, possession of Mmarijuana with intent to Ddistribute, according to the VIPD.

Unable to post the $25,000 bail, Smith was remanded to the Golden Grove Detention Center pending an advice-of-rights hearing.