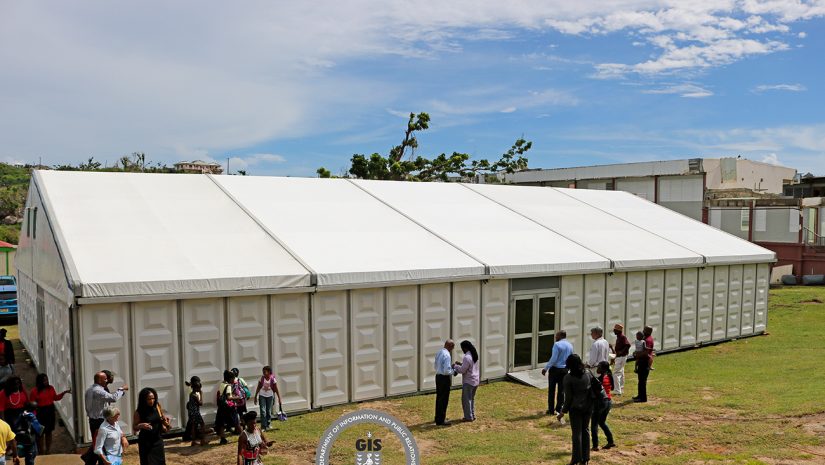 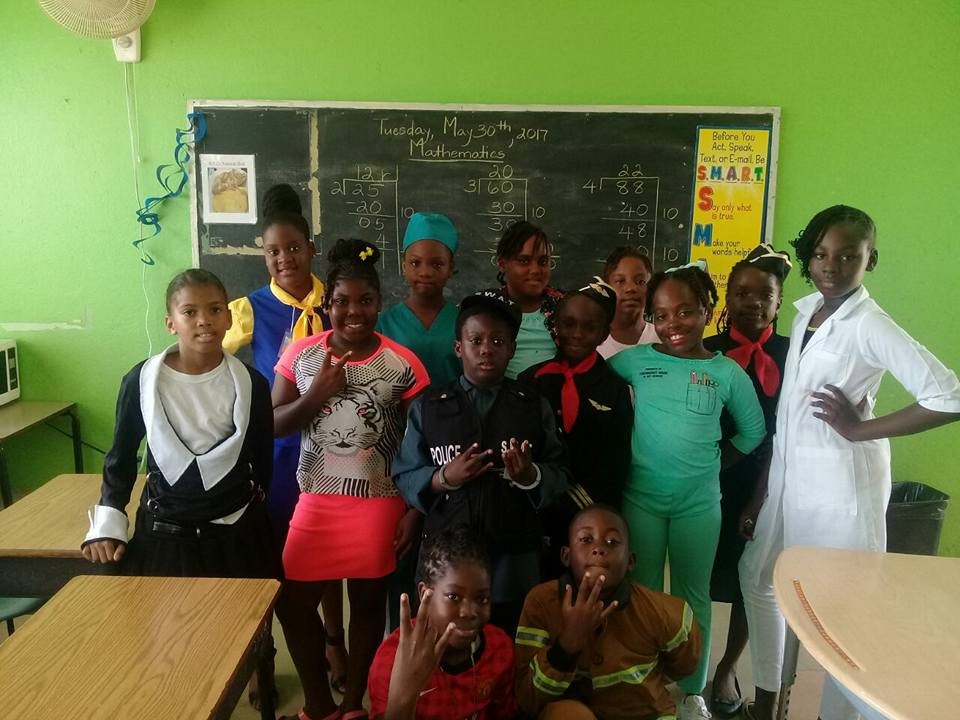 HAPPY STUDENTS! The British Virgin Islands shows its public-private partnership resourcefulness by getting a private donor to give Virgin Gorda it’s own temporary school building. Two months after Hurricane Irma, its U.S. Virgin Islands counterpart is sending storm-traumatized students to damaged, decrepit and moldy buildings for classes. Gov. Kenneth Mapp will ask the federal government to repair all of the territory’s schools close-to-worth fixing, rather than private enterprise.

VIRGIN GORDA, British Virgin Islands — The staff and students of the Primary Division of the Bregado Flax Education Center here had a special start of their academic year on November 6 with the donation of a 4000-square foot semi-permanent structure that will be used as their temporary school.

The structure was purchased by MSC Cruises (USA) Inc, a cruise line which brings more than 40,000 visitors to the Territory annually. MSC’s Chief Executive Officer and President Richard Sasso handed over the newly installed structure in an official ceremony on Monday, exactly two months after Hurricane Irma caused extensive damage across the BVI.

Premier and Minister for Finance D. Orlando Smith said his thanks to Sasso and his company described the donation as a remarkable one that serves as a reminder that everyone must do their little part to make a big difference.

“Today, we thank MSC Cruise lines for helping to ensure that there is continuity in the education sector,” Smith said. “I know that this facility will assist the Ministry of Education in achieving its objective of ensuring that our children have continued access to quality education.”

Smith said the move to pre-fab engineering was essential so that students in Virgin Gorda could go back to school.

“The donation is also made possible with the help of the Miami-based Manufactures, EventsStar who provided the technical expertise to customize the structure and we say thanks,” he said.

In making the donation, Chief Executive Officer and President of MSC Cruises (USA) Inc., Sasso said it is an emotionally satisfying gesture for the corporation.

Sasso said, “It’s not about what happened two months ago, it’s about how you’re going to move forward. We have now passed the adversity and it’s now time for us to look towards the bright future that we all have ahead of us.”

Minister for Education and Culture, Honourable Myron V. Walwyn has labelled the donation ‘an act of kindness that goes beyond business but rather speaks to humanity’.

Honourable Walwyn said that the donation is an important reminder of how working together is necessary to the rebuilding of this Territory.

He said, “This Territory has to work together and fix the issues as they arise. A lot is going to be required of all of us and the worst thing we can do in the midst of adversity is turn against one another.”

He added, “This Territory cannot rebuild and will not be rebuilt if we cannot work together.”

The Ministry envisions this rebuilding program to be one of public and private partnerships as they have already received significant promises from persons in the local and international business communities to assist in this regard.