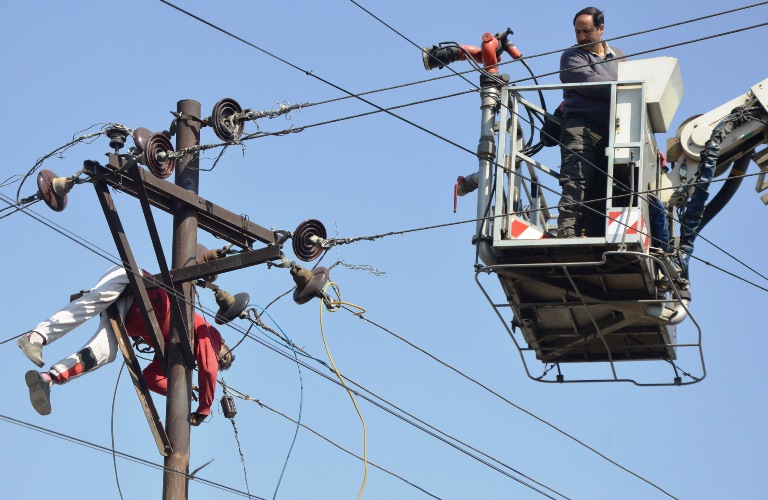 CHRISTIANSTED — A visiting lineman from the U.S. mainland was electrocuted when electricity from an active generator back-fed into the electrical grid, according to Gov. Kenneth Mapp. The lineman has been airlifted off-island for treatment. His condition is not known.

In speaking to reporters Friday night, Mapp said that when a homeowner causes an injury to a lineman, the Virgin Islands Water and Power Authority (WAPA) will cut the line to that house and not return to it until everyone else in the territory has been restored to electricity.

“Snip, snip, snip,” Mapp said to laughter among those gathered, comparing the future cut lines to a male goat that is too randy.

WAPA has repeatedly warned homeowners not to feed electricity directly into a person’s house as it is inefficient and dangerous unless there is a switch to make sure the electricity cannot flow back into the electrical system.

In the future, WAPA said out of an abundance of caution, it will bypass homes whose generators are back-feeding power into grids.

HURRICANE RESTORATION UPDATE (according to WAPA)

• WAPA’s crews continue a steady and progressive reconstruction and restoration effort each day. With supplies to include poles, transformers, wire and other hardware arriving weekly, the Authority remains committed to its goal of restoring 90 percent of all areas across the Virgin Islands by Christmas 2017. Another 200 off-island linemen are expected to arrive over the next few days to augment the restoration effort.

o On St. Thomas, customers in Fortuna were restored, including the Fortuna townhouses and the Bluewater Bible College. The FAA radar facility on the west end of the island was also re-energized. Work continued in sections of Santa Maria with restoration of more customers expected early next week. Crews continued reconstruction work along Feeder 7A toward Sorgenfri, West and East Caret Bay and Four Corners. Another section of Feeder 7A, in Altona, is also expected to be energized next week. Circuits along the Subbase roadway are being reconstructed with service to be restored early next week to the Supreme Court and Crown Bay Center, as well as businesses and government offices on Subbase Road. On Feeder 10A, poles are being up-righted and planted in some sections of Frenchtown, and crews will begin to string lines from the Cancryn intersection toward Gregorie East. Portions of Red Hook Plaza on Feeder 7D were restored on Friday as well as customers along the Smith Bay Road, and on Feeder 9C from the Bowsky Elementary School in Estate Mandahl toward Tabor and Harmony.

o On St. Croix Friday, some customers in Estate Whim were energized and efforts continue to restore major sections of Frederiksted town this weekend and the Louis E. Brown, Sr. Villas and portions of Feeder 9B early next week. Customers on Feeder 6B including Foodtown, Princess Health Center, Northshore Health Center, the St. Croix Avis and One Love Service Station were restored while Little Princesse and Sion Farm are being readied for restoration of service as well as Estates Barrenspot, Strawberry and Bonne Esperance on Feeder 5A. Crews will continue restoration near Gallows Bay on Saturday and over the next few days, additional customers on Orange Grove Road to Clifton Hill and from Estate Richmond to Beeston Hill will be restored.

• WAPA advises homeowners across the Virgin Islands that through an agreement reached between WAPA and the Department of Planning & Natural Resources, WAPA will energize homes with temporary roofs once a licensed electrician inspects and certifies that the structure is safe to energize.

• WAPA reminds the public that several hurricane removal debris crews are deployed across the islands. Motorists are asked to exercise caution when traversing around the heavy equipment being used to pick up downed poles, transformers, wire and other equipment. Additionally, residents who have downed poles, transformers and other equipment on their premises, as a result of the hurricanes, should contact the Emergency Call Centers so arrangements can be made to pick up the damaged equipment.

• WAPA urges residents to shut off standby generators when line crews are in your neighborhood restoring electrical service. A standby generator has the potential to back feed electricity to the grid which poses a severe safety risk to restoration crews. 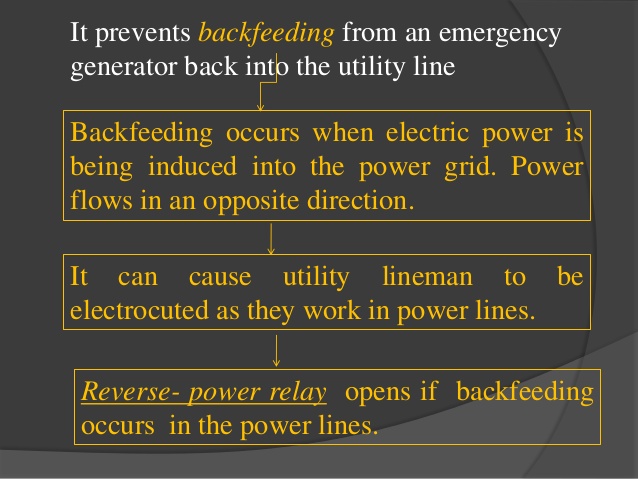 4 thoughts on “Visiting Lineman on St. Croix Electrocuted When Uncaring Homeowner Leaves Generator On During Electrical Repairs To Neighborhood”