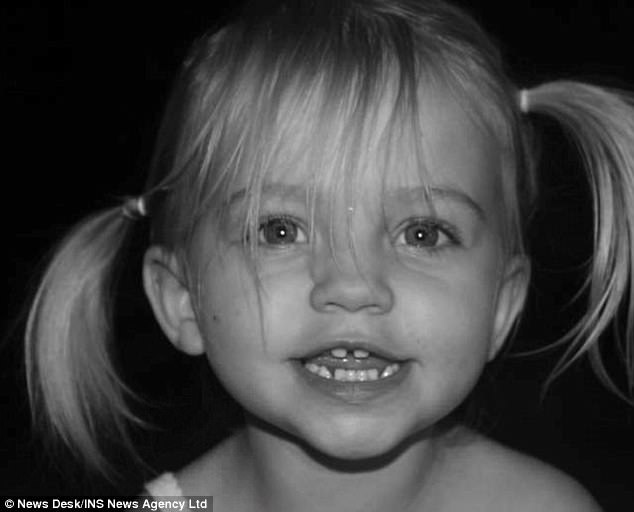 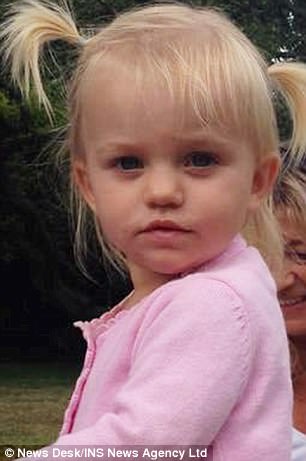 ELLIE PERKINS: Died the day before her second birthday in a freak accident as her mother idly chatted to a day care center worker in the British Virgin Islands.

ROAD TOWN, Tortola, BVI — A little girl was crushed to death by the family car a day before her second birthday after the handbrake came off of the vehicle when her three-year-old brother excitedly jumped inside, an inquest heard on Wednesday.

Ellie Perkins was running from her nursery in the British Virgin Islands to her mother’s Jeep when her excited three-year-old brother got to the vehicle before her and clambered in.

The Jeep rolled down a hill towards Ellie and flipped over and hit her, as her mother Caroline Perkins watched in horror.

Mrs. Perkins had been collecting her daughter from nursery in Tortola when the tragedy happened in March 2016.

The inquest heard how Freddie had been thrilled because his mother had bought cupcakes for his sister’s birthday.

A sergeant with the British Virgin Islands Police Force said Mrs. Perkins “broke down in tears” when she was interviewed after the crash.

In a statement read out to the court, Sgt. Tranquil of the BVI police said: “When I arrived at the scene in Great Mountain, Tortola, I saw a blue Renegade Jeep turned over, resting on its left side.”

‘The vehicle was in second gear and there was a small pool of blood next to the jeep.

‘Nisha Shahid, who worked at the daycare center Mrs. Perkins was picking her daughter up from, said the motor vehicle had rolled down the hill and flipped.

“It hit Ellie, causing injuries to her head,” Shahid said.

The professional law enforcement officer in the BVI told a similar story.

“I parked the car and my little boy was so excited because I had bought four cupcakes,” Sgt. Tranquil quoted Mrs. Perkins as saying. “It was Ellie’s birthday the next day and he insisted he came with me to get her from nursery.”

The heartbroken mother continued her story.

“We went to get her and he ran back to the car to get a cupcake; my door was open and he climbed in,” Mrs. Perkins said. “Ellie ran off to catch up with him, while I was talking to Nisha Shahid at the day care center. Next thing I knew, the handbrake had come off and the car had flipped on top of Ellie. Freddie climbed out the window, he was unhurt. There was blood everywhere.”

Mrs. Perkins and her husband Daniel, a her private equity lawyer, had moved to the British Virgin Islands in 2014 when he joined legal firm Maples and Calder.

After the horrifying accident the family had Ellie’s body flown back to the village of Dummer near Basingstoke, Hampshire, where her funeral took place.

Recording a verdict of accidental death, coroner Andrew Bradley said it gave him “great sadness” to conduct the inquest.

Bradley said the court had struggled to get documents from the British Virgin Islands coroners department, because hearings there are held in private.

He said a post mortem had revealed Ellie had cuts and bruises to her face, arms and hands, and had suffered a “massive fracture” to her skull.

“A post mortem found a number of abrasions and contusions over her body and she had suffered a massive fracture to her skull,” Bradley said. “On the basis of the evidence, I record a verdict of accidental death. Ellie Perkins was killed by the family car – it is with great sadness that I have to carry out this inquest.” 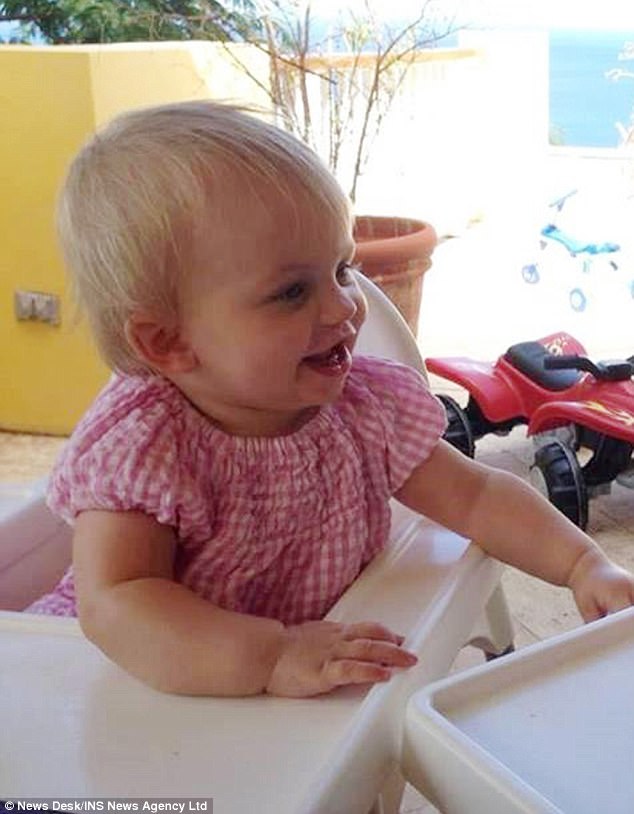