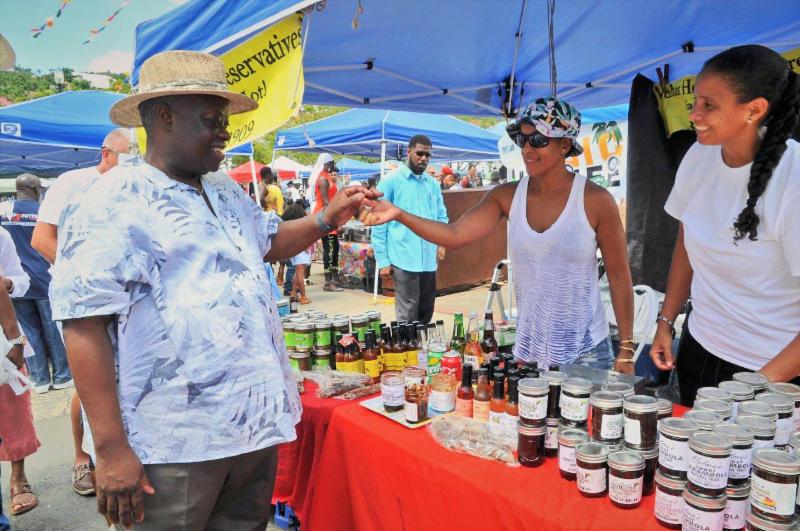 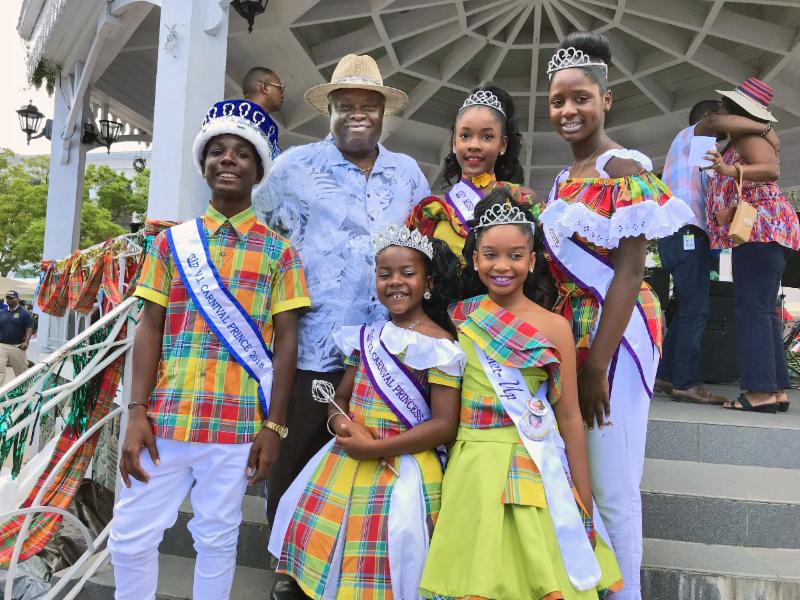 CHARLOTTE AMALIE — Virgin Islanders from home and abroad, along with visitors to the territory, filled Emancipation Garden for the 66th annual food fair held every Wednesday of Carnival week.

The arts and crafts and the food were especially sweet after very challenging months for the four islands.

Governor Kenneth Mapp and Lieutenant Governor Osbert Potter joined Carnival Queen Ji’Kelle K. Michael and her “royal court” on the gazebo for the opening of the fair, saluting its honoree, the St. Thomas/St. John Woodworkers Society Inc., for its members’ compelling artwork and contributions to the community.

After the ribbon cutting, the program began with remarks from Lillian Moolenaar, mistress of ceremonies, followed by rhythmic twirling and dancing from the Sebastien Majorettes.

The judges then made their circuit around the fair to determine which were the best arts and crafts, dishes and plants.