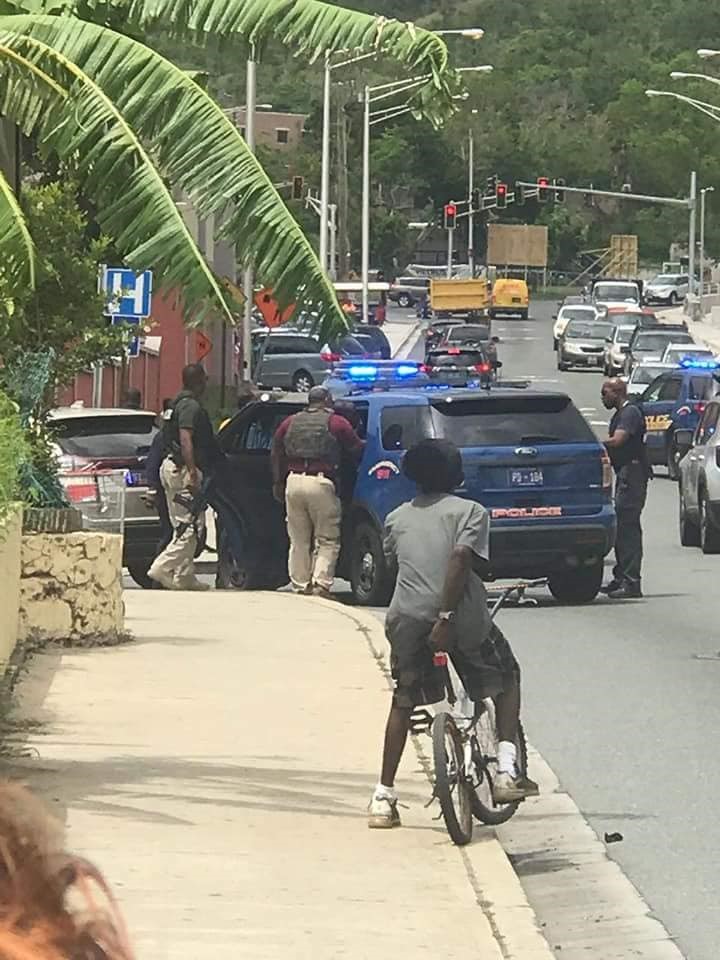 CHARLOTTE AMALIE — The Facebook group “What’s Going On St. Croix” reported before 5 p.m. today that person of interest in the black flag incident at Cyril E. King International Airport has been arrested by police.

As the above photo shows, a person is being detained by the Virgin Islands Police Department (VIPD) officers on St. Thomas.

But it can’t be determined from the photo if person of interest Alla H. Salem is the one in VIPD custody.

“This is the A hole (who) put up the flags today,” What’s Going on St. Croix wrote. “They have him… good work.”

Salem says on social media that he is a Charlotte Amalie High School (CAHS) graduate and that his telephone number is: (786) 502-1128.

He says he is the CEO of Mr. Nice Guy Taxi & Limousine Service in Miami.