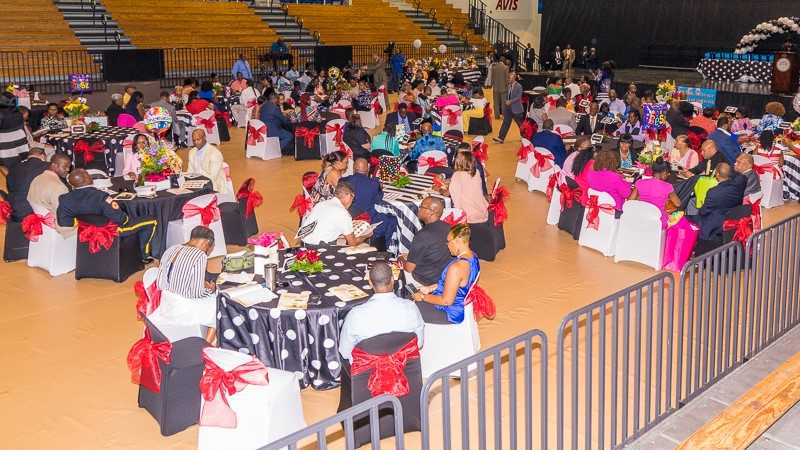 Mapp said that the accomplishments were even more impressive given the challenges faced by public employees in the aftermath of Hurricanes Irma and Maria.

“This year’s event is particularly important because the public sector employees who worked under tremendous conditions had to also serve the public after two major hurricanes,” Mapp said. “Your work across this entire government is appreciated. We wish to share our sincere gratitude and say thanks to you for the work you continue to do.”

“The Virgin Islands Government has literally thousands of great employees who do their jobs well, with a sense of pride, purpose and professionalism,” Director Potter said.

Governor Mapp recognized Office of the Governor’s Employees of the Year Darren Smith, Facility Engineer in the St. Thomas/St. John District, and Lamarr Jacobs, Uniformed Security Supervisor in the St. Croix District, for their commitment to public service and their invaluable contributions to the people of the Virgin Islands.

“I appreciate tremendously the work you do at the Office of the Governor. I appreciate your loyalty, your devotion and your attention to your work. I congratulate you on the example that you set for everyone working in the public sector,” he said.

The Governor commended all public sector employees for their efforts to serve their community. With the resources being provided by the federal government to the Territory, Governor Mapp indicated that there are possibilities to increase salaries and compensation for government staff. He added that the Government is also recruiting new workers.