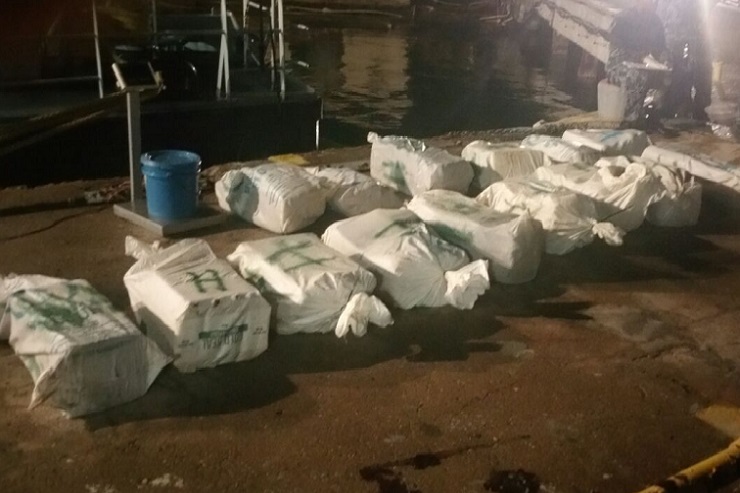 CHRISTIANSTED – Two more Venezuelan nationals admitted in federal court today that they tried to smuggle at least 357 pounds of marijuana into the region.

Jesus Garcia, 35, and Jhoan Gomez, 28, each pleaded guilty in U.S. District Court to one count of possession of a controlled substance on board a vessel, United States Attorney Gretchen C.F. Shappert said.

This federal offense carries a possible sentence of up to 40 years in prison, a maximum fine of up to $5,000,000 dollars, and a term of supervised release of at least two years. Sentencing is set for December 14, 2018.

The vessel was located in a known drug trafficking route. It contained multiple fuel barrels and suspicious packages visible on deck. The U.S. Coast Guard Cutter Donald Horsley was directed to intercept the vessel.

Upon arrival, the crew of the GFV were observed tossing the suspicious packages and fuel barrels overboard.

Ultimately, the crew of the Cutter Donald Horsley recovered 8 bound packages, which contained about 162 kilograms (357 pounds) of marijuana. The defendants were two of the seven Venezuelan national crew on board the go-fast boat.

The case was investigated by the United States Coast Guard and the Drug Enforcement Administration (DEA).

It was prosecuted by Assistant United States Attorney Daniel Huston.