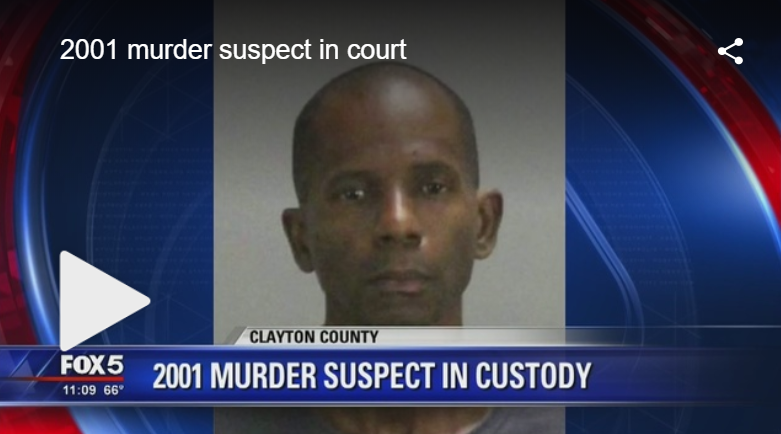 ATLANTA — A St. Thomas man wanted in connection to a 2001 murder has been arrested in Jonesboro, Georgia and detained pending his extradition to the territory.

Reynarldo Rivera Jr. — whose name is also given as “Reynaldo” in some official documents — was arrested Friday morning by Clayton County Sheriff’s deputies and U.S. Marshals.

Rivera is wanted for first-degree murder, murder, first-degree assault, possession of an unlicensed firearm during the commission of a crime of violence and reckless endangerment.

He is one of two publicly-named suspects in the December 26, 2001 shooting death of Kenrick Mason in the parking lot of Market Square East near Donoe.

The Virgin Islands Police Department said in June 2011 that Rivera was incarcerated in a correctional facility on the U.S. mainland and would face extradition when he was released.

The VIPD previously arrested Rasheem Morton, 32 of St. Thomas on June 13, 2011 on a warrant for the identical charges that Rivera is facing. A man named Rasheem Morton was sentenced to 32 months in prison and three years of federal supervision.

“On the morning of the murder, Mr. Rivera had planned, along with an accomplice, to rob the store that the victim was guarding,” a Clayton County press release says. “Rivera and his accomplice approached the victim’s vehicle on each side, planning to hold the security guard hostage until the manager of the store arrived, then have the manager open the store and the safe. However, the victim made a sudden move and Rivera shot and killed him.”

Police arriving on the scene found Mason dead inside the van, according to the release. As they inspected the area, they saw a suspicious vehicle facing north along the roadway. As they approached, a man fled from the vehicle into the surrounding bushes. Police found a black stocking mask on the path of the fleeing man.

Rivera remains in the Clayton County jail where he is facing three counts of identity fraud, two counts of false statements and one count of first-degree forgery, Clayton County Jail records indicate.