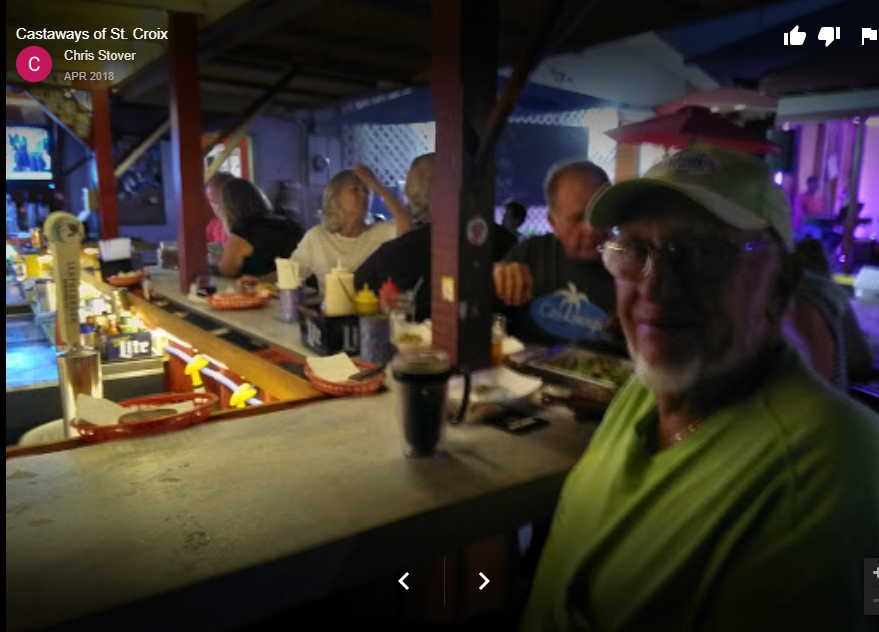 CHRISTIANSTED — An armed robbery of a popular East End watering hole ended in a shooting that left one man dead on Wednesday, authorities said.

It is 30 seconds by vehicle from where Governor Kenneth Mapp lives in Coakley Bay Condominiums on St. Croix.

The 911 Emergency Call Center notified police of a “strong” armed robbery that occurred at Castaway’s Bar and Restaurant in Estate Solitude about 11:39 p.m. Wednesday, the Virgin Islands Police Department said.

When police arrived on the crime scene they found “a Caucasian male victim who had sustained gunshot wounds to the body,” according to the VIPD.

A preliminary investigation revealed that three masked men, armed with handguns, entered Castaway’s from different directions and ordered everyone inside the establishment to get down on the ground.

Two of the suspects discharged several shots at a one of the patrons who was still standing inside the restaurant, shooting him multiple times about the body.

The suspects then fled the area in blue Jeep Wrangler. CPR was administered to the victim until the ambulance arrived on the scene. EMT’s later transported the victim to the Juan F. Luis Hospital and Medical Center.

The victim, later identified as 33-year-old Derrick Cribb, succumbed to his injuries, sustained from the gunshot wounds. The homicide is under active investigation by the VIPD.

“He was shot because he didn’t go down to the ground,” VIPD spokesman Glen Dratte told the Virgin Islands Free Press exclusively today. “The guy was having a good time drinking.”

Police Commissioner Delroy Richards, Sr., said he was horrified at the heinous crime and promised that the VIPD will be relentless in its efforts to apprehend and prosecute the suspects.

Richards expressed condolences to Cribb’s family and noted that the suspects will be brought to justice.

Police in their prepared statement sent to the press called the incident a “strong armed robbery.”

The homicide is under active investigation by the VIPD.

Crime stoppers is in receipt of anonymous $5000 reward for information leading to apprehension of individual or individuals involved in Castaway’s incident.