CHRISTIANSTED — U.S. Virgin Islands Governor-Elect Albert Bryan, Jr. has named the people who will lead the ten transition assessment teams charged with the responsibility of providing the incoming administration with detailed analyses of the current state of the government.

Each assessment team includes members of the community who have interest and expertise in their assigned areas of focus.

“I am excited to announce the leaders of the Bryan-Roach Transition Assessment Teams,” Governor-Elect Bryan said. “With their assistance, our administration will be ready to tackle the challenges we anticipate on day one. Tregenza and I are looking to our transition assessment teams to conduct forensic studies on the present functions of government by interviewing department heads and reviewing operational procedures and relevant documents. Their assessment reports will provide our administration with immediate action items.”

The governor-elect revealed the assessment teams during a November 28 press conference where he announced Karl Knight and Dayna Clendenin as Co-Chairs of the transition. Additionally, he announced that Lieutenant Governor-elect Tregenza Roach would chair the Human Resources evaluation team which has already begun the task of meticulously reviewing resumes submitted to the transition’s website by persons seeking managerial positions in the new administration.

“Our goal with regard to human resources will have two prongs. Of course, we wish to maintain the wealth of institutional knowledge in our departments and agencies, yet we also want to create opportunities for others who want to contribute to government service but who might, otherwise, have been left out,” added Lt. Governor-Elect Roach.

The assessment teams and their leaders are:

Persons interested in more information, about the transition or to submit a resume by December 19, should visit: www.bryanroachtransition.com 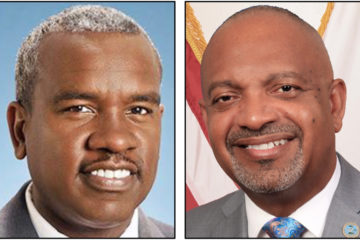