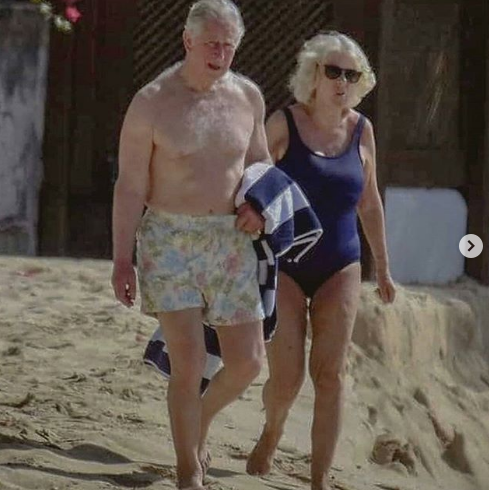 The future King of England and his wife will make stops on ten different islands and take part in 50 separate engagements.

Despite their hectic schedule –the London natives took some time to soak up some much-needed time in the sun.

On Monday, March 18, 2019, while they were in Barbados the prince and duchess relaxed on the beach. Unfortunately –the pair were caught by the paparazzi.

During the off time on a Barbados beach –Parker Bowles and Prince Charles were snapped walking on the beach in their swimwear carrying beach towels. The paparazzi also took photos of the Prince of Wales enjoying a swim in the ocean. Now that the pictures have been made public, they are causing an uproar.

According to the Press Association, “a source said the pictures were taken during a brief off-duty moment on a major international tour on behalf of the Government, in circumstances where the couple would have a reasonable expectation of privacy during private down time.”

Additionally, the prince’s solicitor has reportedly sent a letter to various press organizations who ran the photographs “highlighting his reasonable expectation to privacy.” Hopefully, these photos won’t derail the prince and duchess’ plans.