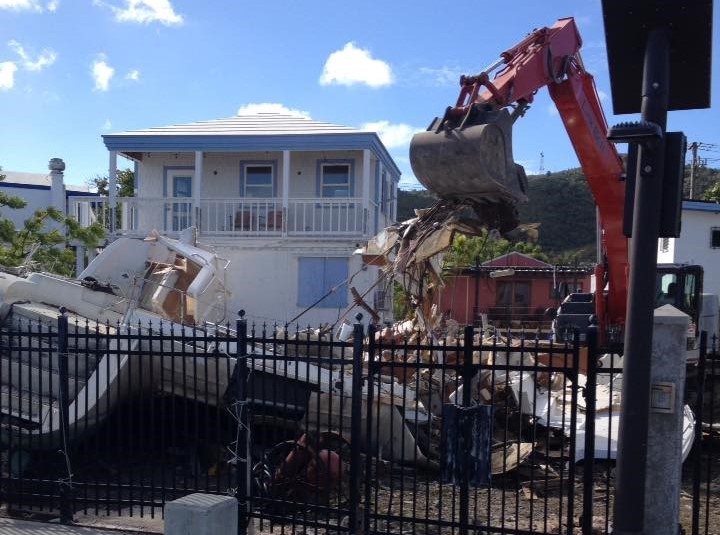 CHRISTIANSTED — If you didn’t glance at the Bohemian Rhapsody 440 Lagoon catamaran the last time you walked on the boardwalk — you might have missed your chance.

That’s because the type of boat that was made famous by the movie “Free Willy” was dissembled this morning where it ended up after Hurricane Maria in September 2017.

The former owners were apparently from the British Virgin Islands because the boat was marked “Road Harbour, BVI.”

It was washed ashore by Maria near the northern end of King Cross Street in Christiansted.

To the right of the “CAT” is the Bayside Kitchen with some of the best Crucian cuisine.

“Bohemian Rhapsody” is a famous rock song by the British group Queen.