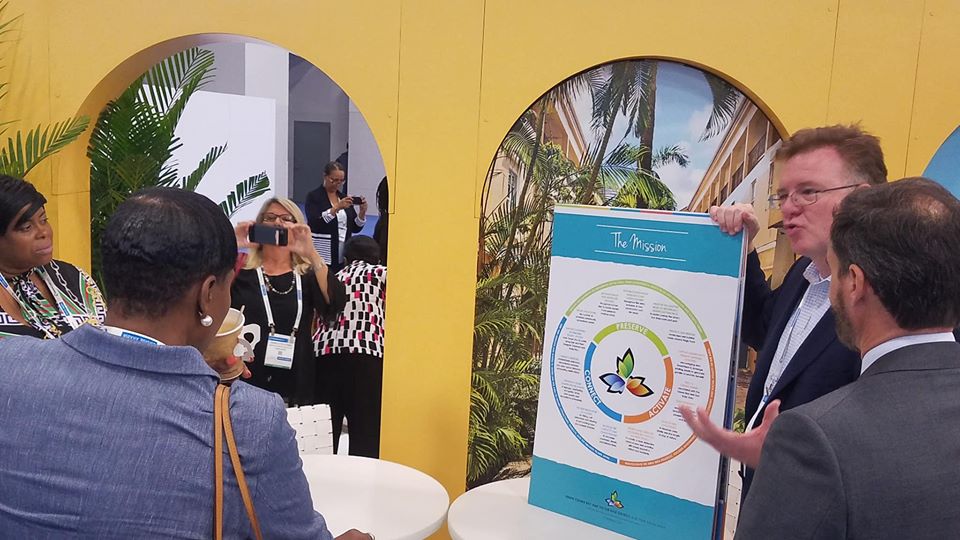 MIAMI — The Virgin Islands Port Authority presented its renewed vision for the Crown Bay and Subbase District on St. Thomas to members of the Florida-Caribbean Cruise Association.

VIPA’s Acting Executive Director Damian Cartwright and Scott Laguex of Moffat and Nichols (project designer) outlined the first draft of the 20-year plan for the district to obtain feedback from FCCA officials.

The new outlook for the Crown Bay/Subbase district includes plans to improve the cruise visitor experience and attract the local community by: expanding the commercial areas; introducing new water transportation options; improving walking and biking pathways; better access to tours and other excursions; and preserving the rich U.S. naval history of the district by remodeling the former military buildings in the area. VIPA also plans work with the VI Department of Public Works to redesign Highway 304 Subbase Road to allow the construction of new facilities and improve the flow of traffic.

FCCA officials were pleased with VIPA’s plans to revitalize the district and provide new attractions for their cruise passengers. However, they stressed the importance of providing water transportation to alleviate traffic congestion issues. They also suggested that VIPA consider a partnership with the cruise lines to invest in the district’s redevelopment.

Community and cruise visitor outreach played a vital role in developing the vision plan. Both audiences were polled at two public meetings, and online and in-person surveys were conducted to gather feedback and determine the priorities of the redevelopment. VIPA will announce the date for an upcoming charrette to share the first draft of the plan with the community.