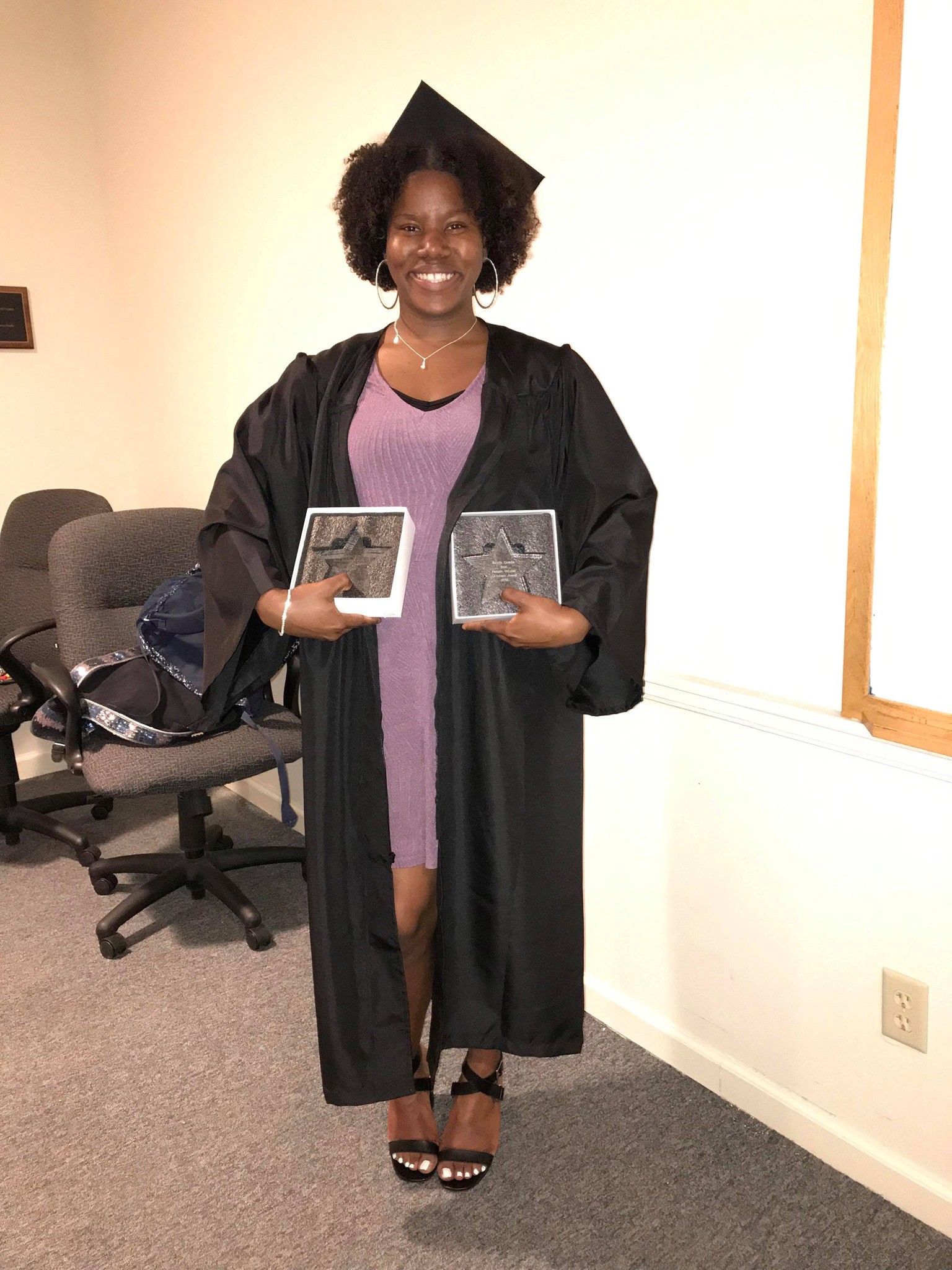 GREENVILLE, Illinois — How do you put the story of your journey from freshman to graduating senior into a modern song that wins university awards?

Kandis Gumbs, who is graduating tomorrow from Greenville University in Illinois after earning a bachelor’s degree in commercial music, has won two awards this week for her original song “New Chapters.”

The song has won the 2019 Greenville University Music Awards for Best Female Vocalist and Best Original Song of the Year.

“New Chapters” celebrates Kandis’ unique and fresh neo-soul style. It blends the modern tones of jazz and uses her amazing and clever gift of story telling. Her song tells of her personal challenges with accepting the responsibilities of “adulthood” while showing her dependency on God to sustain her throughout her college years of living over 5,000 miles away from home.

Kandis was born and raised on the beautiful island of St. Thomas. She graduated in 2013 from Charlotte Amalie High School (CAHS) with dreams of growing and fine tuning her music abilities. She had shown her interest in music as early as 1 and began piano lessons at 3 years old. Her musical journey expanded over the years by including more instruments. At 9, she learned how to play the steel pan. She performed at many community events and competitions.

She later advanced her singing and drumming skills. These talents emerged easily and gracefully as she was encouraged by her parents, James and Gloria Gumbs, who own and run, G-Clef Music Academy, a music school in the Virgin Islands. Learning music was fun and daily incorporated in playtime with her sister, Ava Gumbs-Penn. Kandis has early memories with her sister making up songs about television cartoon characters and hearing her create stories at bedtime.

Surprisingly, in her teen years, a new gift began to rise above all the rest.  At age 15, Kandis began to pen some very clever lyrics that spoke to the fresh fun of youthfulness. Since then, she has written and produced many songs in several styles. She has even scored and played classical music. Her songs tell stories in a modern and cool, yet very memorable way. She intertwines captivating melodies with wisely-crafted lyrics and relevant rhythms that make her music timeless.

She has the gift of a 360-approach. An ability to present different genres with a sincere story. Whether it’s a Caribbean Calypso or Dance Hall style, she has the musical flexibility to do a complete 360 degree turn and pen a dynamic pop, gospel or jazz tune. Her messages are sincere stories from the heart. Her phenomenal songwriting ability is matched by her smooth and unique voice. She loves music and the powerful, inspiring, and life-changing messages it can deliver.

Kandis credits on Facebook her Greenville University voice coach, music instructors, studio producer, and back up singers for being instrumental in making her “New Chapters” song a success. She is currently 24 years old and hopes to use her songwriting, producing and musicianship to help change the world…one note at a time.
Listen to Kandis Gumbs’ “New Chapters” by GUMusic Awards at https://soundcloud.com/gu-music-awards/kandis-gumbs-new-chapter-2 on #SoundCloud.  Soon to come on Spotify.