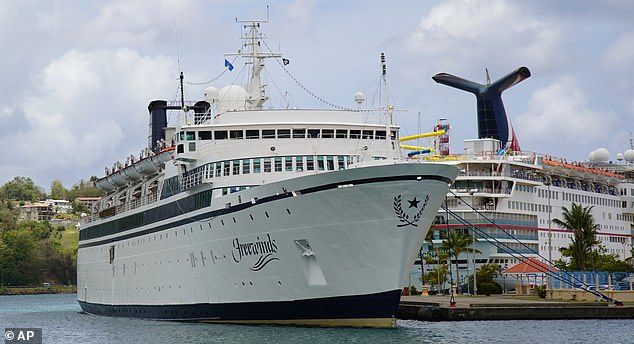 CHRISTIANSTED — The Virgin Islands Government and other local entities are monitoring a developing public health issue in St. Lucia, where a cruise liner has been quarantined due to a reported measles infection on board.

The vessel, named “Freewinds,” is still moored there, and no one has been allowed to disembark the ship following the discovery, according to media reports.

One person with measles can easily infect others through coughing, sneezing or physical contact, which prompted officials in St. Lucia to take preventive steps.

Chief Medical Officer Dr. Merlene Fredericks-James said that after internal discussions and talks with the Pan American Health Organization “we thought it prudent that we quarantine the ship.” The ship was originally scheduled to port in Martinique upon leaving St. Lucia and then make its way to Dominica.

Amid a national outbreak in the United States, Department of Health Commissioner Nominee Justa Encarnacion recently launched a Territory-wide campaign to raise awareness about measles and the importance of vaccinations.“Our administration’s first priority is the health and safety of the residents of the Virgin Islands,” said Governor Albert Bryan, Jr.. “The Department of Health is closely monitoring the recent outbreak of the measles virus in the U.S. and has launched a public information campaign to educate residents about the virus. The department has also taken steps to protect the Virgin Islands public by offering vaccinations at DOH clinics.

According to the Centers for Disease Control and Prevention, there have been 704 confirmed measles cases across 22 states. To date, there have not been any confirmed cases of measles in the Territory.

The latest National Immunization Survey, (which includes data from the Territory captured in 2016) the Virgin Islands has the lowest MMR immunization rate in the country for children between 19 and 35 months old — at 70.5 percent coverage.

In 2018, the U.S. Virgin Islands welcomed over 1.4 million cruise passengers and 477,840 air arrival, which makes taking proactive steps to prevent a public health crisis in the Territory a high priority for the Bryan/Roach administration.

Department of Health Commissioner nominee Justa Encarnacion and staff working with the department have taken proactive steps to prepare for unusual public health issues that could affect the Virgin Islands, its residents, and visitors.
For more information on vaccines for children contact:
• Maternal and Child Health St. Thomas/St. John at 340-774-8804 ext. 2600