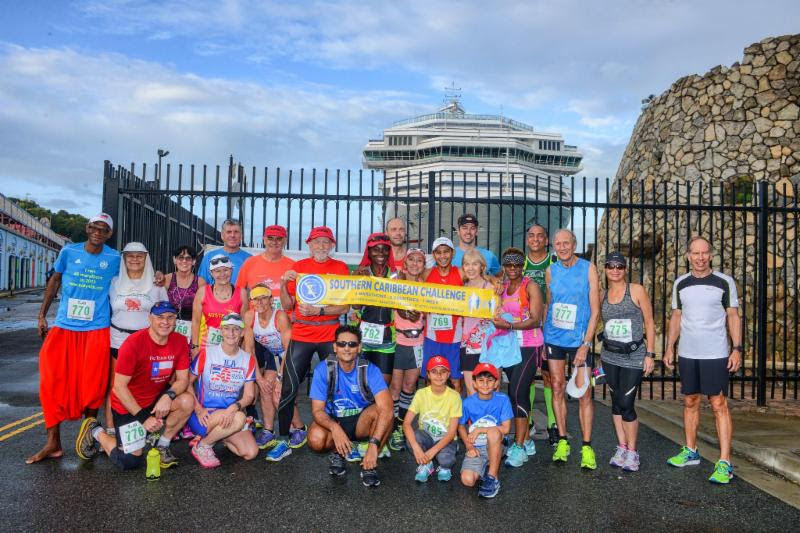 CHARLOTTE AMALIE — Elite runners from 11 countries are returning to St. Thomas today to compete for top honors in the third cruise marathon challenge as they island hop via the Carnival Fascination ship.

The U.S. Virgin Islands Department of Tourism, in collaboration with St. Thomas Road Runners, will once again host the race.

The first two Southern Caribbean Challenges were held in 2016 and 2017, while last year’s event was cancelled due to the impact of the 2017 hurricanes.

Over the seven-day challenge, 22 runners hailing from the United States, the United Kingdom, Germany, the Czech Republic, Canada, Poland, Australia, Pakistan, Italy, Taiwan and Philippines will compete in seven marathons on six Caribbean islands and one aboard a cruise ship.

Between them, the runners have broken 15 World Records and have completed more than 2,000 marathons in different parts of the world; some have run a marathon in over 100 countries.

“We have a star-studded lineup of marathon globetrotters on this trip,” said Ziyad Rahim, founder and CEO of Z Adventures and an adventure-runner from Pakistan. “The oldest competitor is 71 years young and the field includes multiple world record holders in various categories. Runners on the trip have run marathons all over the world.”

The fantasy-class cruise ship will be at the West Indian Company Ltd. dock from 7 a.m. to 5 p.m. today.