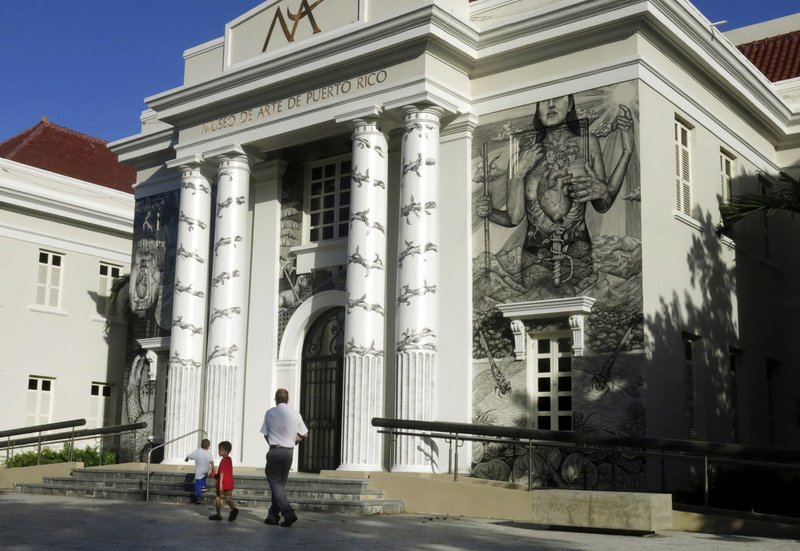 SAN JUAN — The 1953 painting by Rafael Tufiño Figueroa features his mother with a red scarf on her head, a determined look on her face and heavy expression lines, a depiction of a working-class woman that broke from conventional portraits of the time that focused largely on wealthy men.

“Goyita” is one of more than 350 paintings from Puerto Rico that Google Arts & Culture digitized for the first time with help from “Hamilton” creator Lin-Manuel Miranda, who unveiled late Thursday the online exhibition that features work from four Puerto Rico art institutions.

The aim is to expose the world to Puerto Rico art, preserve it and help museums in the U.S. commonwealth that are struggling to exhibit paintings given space constraints and budget cuts amid a 13-year recession.

“It’s a flare out to the world that there’s incredible art here,” Miranda told The Associated Press. “There’s no reason why Puerto Rican art should not be seen on the same stage as the Louvre, the Met and all the incredible other places where Google has come with its cameras to digitize the artwork.”

Puerto Rico artwork joins Google’s current online exhibitions and stories from around the world including “Rings from 500 BC,” an up close view of the “Girl with a Pearl Earring,” and a virtual tour of Chichen Itza in Mexico.

As part of the project, Google brought its so-called “art camera” for the first time to Puerto Rico, which required special permits, Miranda said.

“I’m sure I’m on some kind of watch list,” he said with a laugh.

The camera has an extremely high resolution thanks to a 400 millimeter zoom that unveils details invisible to the human eye, including brush strokes. It also allowed those at the Institute of Puerto Rican Culture to find the signature of a pioneering female artist, said executive director Carlos Ruiz, adding that the institute was forced to close its national gallery in 2013, leaving works without a permanent space.

The camera took thousands of pictures to digitize 48 pieces of Puerto Rico art as it went inches by inches to cover an entire painting, a job that took 30 minutes to several hours depending on the size of the artwork, said Simon Delacroix, U.S. lead for Google Arts & Culture.

He traveled to Puerto Rico in July to see the artwork for the first time.

“What I was surprised by was the diversity, depth and richness of all these collections,” he said, adding that they only digitized the art that the four museums had selected.

As Delacroix demonstrated the power of the zoom on a painting called “El Gobernador Don Miguel Antonio de Ustáriz,” by José Campeche y Jordán, a collective “Wow” escaped from the audience attending the project unveiling at the Museum of Puerto Rico. The crowd could appreciate details in the background including someone that appears to be laughing from a balcony.

Next year, the company expects to launch a larger project with more Puerto Rico artwork.