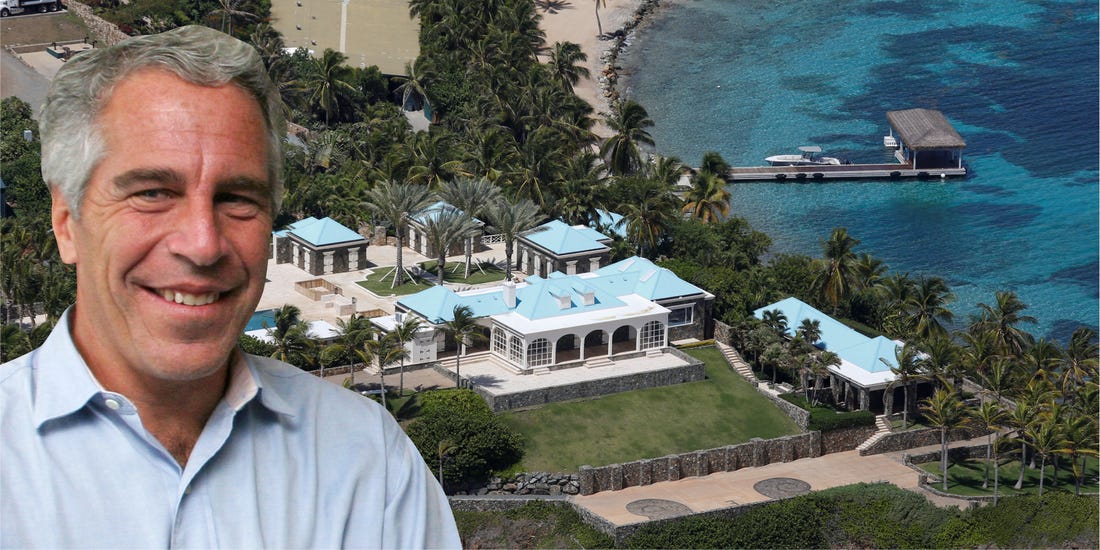 CHARLOTTE AMALIE — Jeffrey Epstein’s estate was sued today by the U.S. Virgin Islands Department of Justice which claimed that the late convicted sex offender raped and trafficked in dozens of young women and girls on a private island he owned in the territory.

Attorney General for the U.S. Virgin Islands Denise N. George filed an enforcement action under the laws of the Virgin Islands against Jeffrey E. Epstein’s estate, his 1953 trust and five associated entities that are alleged to have conspired with Epstein “in carrying out an expansive scheme of human trafficking and sexually abusing young women and underage girls in the Virgin Islands.”

The government’s complaint alleges that Epstein anchored a criminal enterprise, the “Epstein Enterprise.” Through this enterprise numerous young women and female children have been sex trafficked, raped, sexually assaulted and held captive in the Virgin Islands at Epstein’s secluded private island of Little St. James.

Participants in the Epstein Enterprise used deception, fraud and coercion to entice and lure vulnerable girls, some as young as 13-years-old, into human sex trafficking, with promises to help them and their families pay for school, health care, or other financial needs. Epstein, along with other associates, carried out and concealed his scheme.

The lawsuit also alleges that once the girls and young women were recruited and transported to the U.S. Virgin Islands by private plane, they were held captive on his private island and sexually abused by Epstein and his associates. The Epstein Enterprise enforced victims’ sexual servitude by confiscating passports, controlling communications, and threatening violence.

“The conduct of Epstein and his associates shocks the conscience and betrays the deepest principles and laws of the Virgin Islands,” said Attorney General George. “This has been a top priority for this administration since I took office in April 2019. The Virgin Islands is not, and will not be, a safe haven for human trafficking and sexual exploitation. We will hold accountable those who break our laws regardless of political, social or economic status.”

In our complaint, the Government of the Virgin Islands seeks civil sanctions and remedies and brings the suit to extinguish and recoup any and all financial and other benefits that flowed to Epstein and his associates as a result of their operations in the Virgin Islands. We also seek to obtain a civil forfeiture or divestiture of any and all properties and instrumentalities used by the Epstein Enterprise to implement the criminal pattern of sex trafficking and sexual abuse, including the islands of Little St. James and Great St. James.

During her tenure, she successfully prosecuted a full spectrum of violent crimes, including murder, manslaughter, rape, domestic violence, sexual assault, and child abuse as well as complex white collar and public corruption crimes. As a member of the St. Thomas Child Abuse Task Force, she co-authored the Virgin Islands’ first criminal child abuse and neglect statute. In the Civil Division, she represented the Government of the Virgin Islands in civil lawsuits filed against and on behalf of the government.

If you were a victim or witness of any of the alleged activity of Jeffrey Epstein in the U.S. Virgin Islands, please call this number: (800) 998-7559. You may be able to assist in the ongoing Attorney General investigation.

The suit is Government of the United States Virgin Islands v. Estate of Jeffrey E. Epstein, et al in the Superior Court of the Virgin Islands Division of St. Thomas and St. John.

To see the press conference convened by Attorney General George, please click on the link below: