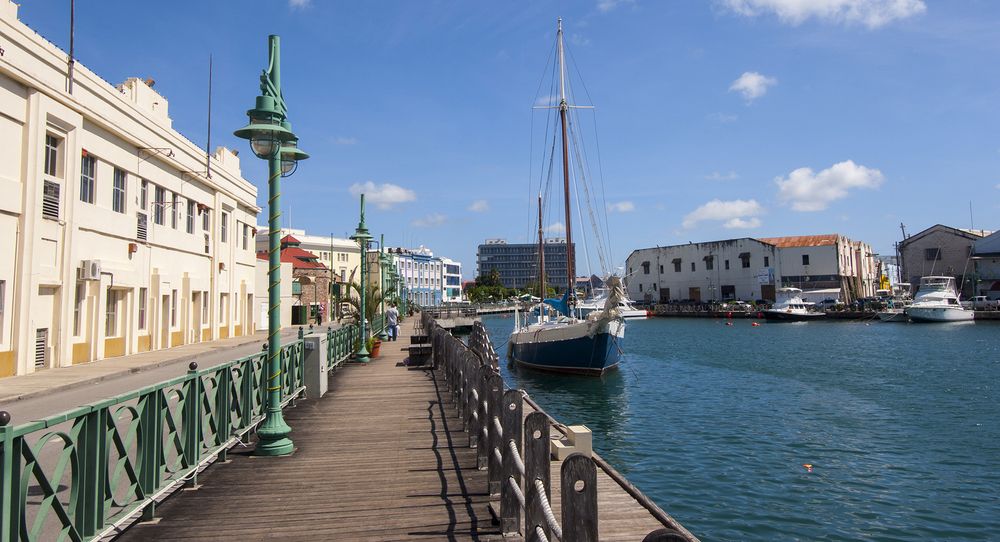 BRIDGETOWN — For Caribbean nations such as Suriname, Belize and Barbados, the pandemic hasn’t just shut down local economies. It’s also led some investors to worry about how they’ll repay their bonds.

Unlike eight regional nations including Haiti, Honduras and Nicaragua that may qualify for a global debt relief initiative backed by the Group of 20, average incomes of the three make them ineligible. In other words, they’re too rich.

Such is one irony of a multilateral effort to temporarily waive debt payments by 73 of the world’s poorest countries in the midst of a devastating public health crisis. In the Americas, eligible nations don’t have many liabilities to waive, and the nations most at risk of default don’t qualify. The G-20 plan aims to free funds in low-income countries to combat the coronavirus crisis.

Of the eight nations that fit the criteria, only Honduras and Grenada have international dollar bonds. The others mostly owe loans or local debt. Meantime, some of the region’s most distressed sovereigns — Suriname, Belize and Barbados — don’t match the World Bank’s low-income country guidelines.

Almost all the nations that can request debt relief are also eligible for International Development Association funding. To qualify for IDA resources, a nation must have a gross national income per capita of less than $1,175 or lack creditworthiness to access other types of funding.

Regardless of where they fall on that scale, Caribbean nations are suffering from a triple blow that’s eating up revenue. Tourism has ground to a halt. Remittance flows, which briefly spiked in some places, are expected to fall sharply. And oil prices have also collapsed.

“This is an existential question for these countries,” she said on a webcast Thursday hosted by the Council on Foreign Relations. “The hit the entire economy is facing is tremendous.”

Even Costa Rica, a playground for American tourists that has long been ranked as the region’s oasis of stability, is in trouble. Its $1.3 billion of dollar bonds due in 2045 have tumbled to 78 cents from as high as 109 in late January.

“There is still a risk in terms of funding needs for this year,” said Delphine Arrighi, a London-based money manager at Merian Global Investors UK Ltd.